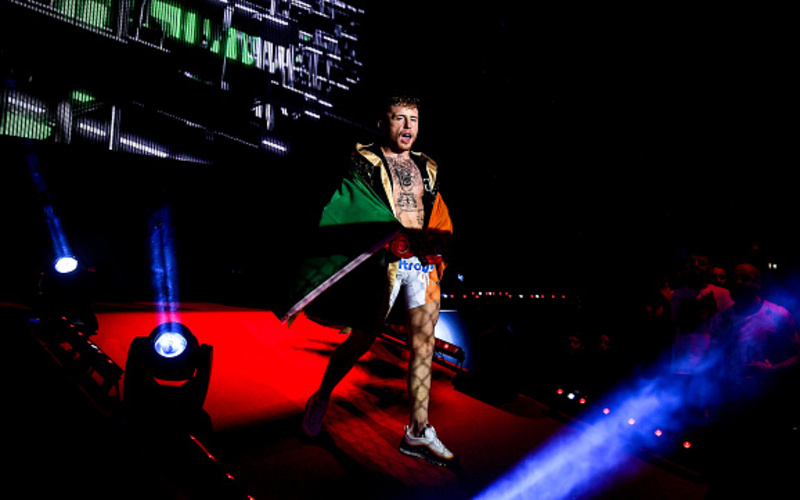 Bellator holds its third straight event at the Allianz Cloud in Milan, Italy, tonight with Bellator Euro Series 9. The main event features brash Irish bantamweight James Gallagher taking on rival Cal “Pacino” Ellenor. This fight has been on the docket for a while, and tension has been building the whole time between the two. Also scheduled for the card are Gallagher’s SBG Ireland teammates Charlie Ward, Kiefer Crosbie, and Sinead Kavanaugh. They are facing Andy Manzolo, Charlie Leary, and Katharina Lehner respectively. The preliminary card also features notable fighters such as UFC veteran Carlo Pedersoli and former GLORY kickboxing champion Robin van Roosmalen.

Stay on MMA Sucka for live Bellator Euro Series 9 results, with the prelims starting at 1:15pm EST and the main card following at 5:00pm EST, both on YouTube.

Gokhan Sharicam def. Joffie Houlton via TKO (punches), 2:52 of Round 1

Asael Adjoudj def Nathaniel Jessimer via TKO (elbows), 2:58 of Round 2

Marek Jakimowicz def. Curtis Dodge via TKO (elbows), 4:45 of Round 1