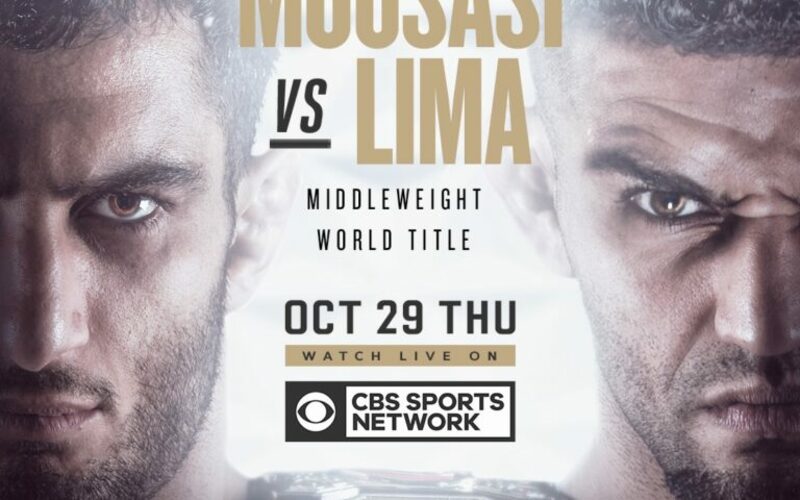 Flying under the radar, Bellator MMA is back with a a great main event. After health issues forced middleweight champion Rafael Lovato Jr. out of competition, the vacant title is up for grabs. Therefore, three-time welterweight champion Douglas Lima will face the former middleweight king Gegard Mousasi in a thrilling main event. Taking place at the Mohegan Sun Arena in Uncasville, Connecticut, Mousasi will intend to make a statement after losing his belt last year. In contrast, Lima has been tearing through opponents. Not only did Lima rack up a highlight reel KO against Michael Page, Lima’s strength of schedule has been brutal. On his way to dominance, “The Phenom” finished Andre Koreshkov by rear-naked choke in round five. Not only that, he avenged his loss to Rory Macdonald too. The Bellator 250 main event preview will examine potential weaknesses and strengths, and ultimately what they bring to the fight.

Lima and Mousasi have been on top of the game for a while, consistent in their craft and using cage experience to create longevity. With Mousasi nearing sixty professional fights, and Lima approaching forty, there is no question this will be a chess match. As a result, both athletes’ striking will be disciplined and methodical. Lima’s tendency to attack the legs will suit him well from a distance. Conversely, Mousasi has a world class jab, and that will surely help establish range. In addition, the size of Mousasi is a nice advantage heading into grappling exchanges. The preview of the Bellator 250 main event shows that striking could be tentative and closely contested, but both bring a thrilling style.

Undoubtedly outsized by Mousasi, the question is how effectively Lima handles grappling exchanges. Fighting out of American Top Team, Lima no doubt has access to some talented coaches and support staff. Even during the worldwide pandemic, fighters are getting creative to support their training regimen. Acknowledging the weight discrepancy, Lima hinted how he might approach the fight. The Brazilian recently stated in an interview, “This is a perfect fight for me to see where I stand as far as power when it comes to middleweight.” In the interview, he addressed his concerns with Mousasi’s size, and that could be an area of danger. For that reason fans can expect calculated violence. The Bellator 250 main event preview highlights what’s at stake, where two champions in their own right, look to make history as an all-time great. This Saturday! Tune in for the Bellator 250 Main Event!