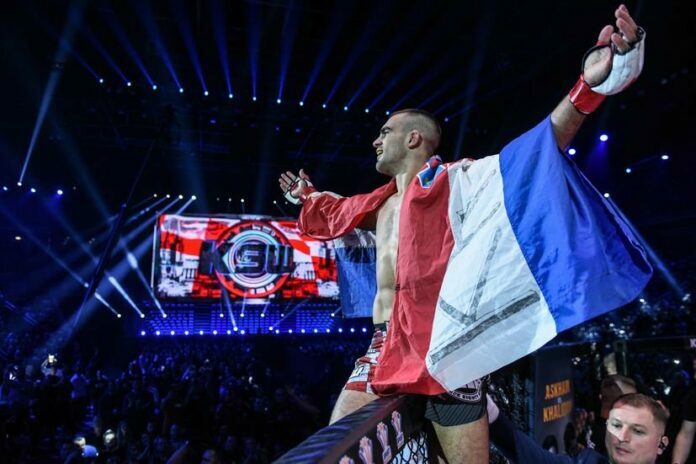 KSW continues to put out amazing shows in 2020 with KSW 56 set for Saturday, November 14, 2020. After an amazing main event at KSW 55 with Mamed Khalidov scoring a huge knockout, the light heavyweight championship will be on the line this time. Tomasz Narkun will defend his title against one of European’s hottest rising stars, Ivan Erslan. Make sure to catch KSW 56 on the KSW app or on KSWtv.

Without a doubt, the biggest MMA star to come out of Croatia is Mirko Cro Cop. The sport has been on the rise since his retirement and a couple of stars have emerged to the top of Croatian MMA. One of those is KSW welterweight champion Roberto Soldic. Another of those names is light heavyweight Ivan Erslan. Erslan is the first star of the bigger weight classes to emerge since Cro Cop. “Even being put into the same sentence with Cro Cop is an amazing thing to hear,” Erslan told MMASucka. “Winning this title would mean to me a life-changing experience so I’m coming for it with everything I got in my hands!”

KSW Gold in his Grasp

Erslan has only fought once in KSW. In that bout, at KSW 51 in November 2019, he scored an impressive, first-round knockout of Darwin Rodriguez. With COVID having an effect on many fighters and their ability to perform this year, Erlan’s lone 2020 performance so far was another first-round knockout, this time at Fight Nation Championship 3. Five of Erlan’s nine victories have come by knockout. “I didn’t see it coming after just one victory under the KSW promotion, but I am extremely happy that I got the opportunity to show my skills against the champion,” said Erslan. “It will be a great fight for sure!”

Narkun is coming off of a successful title defense at KSW 50 after he attempted to move up to heavyweight for double champ status but was unable to defeat the heavyweight king, Phil De Fries at KSW 47. “The game plan is simple and everybody knows it. I will wait for him in the middle of the cage to stand and trade,” stated Erslan.

The co-main event to this headliner will feature Croatia’s other star, Roberto Soldic, moving up to middleweight to take on former champion Michal Materla. The event will take place again in Lodz, Poland, and can be seen worldwide on KSWtv or the KSW app.