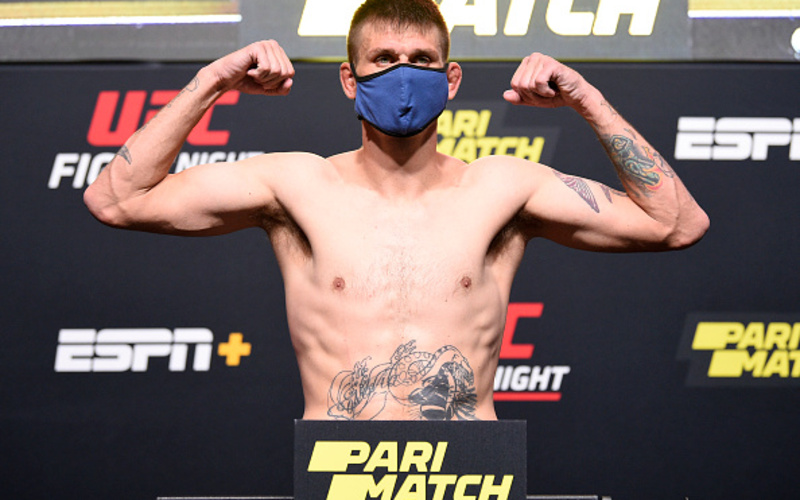 Mike Perry has a new opponent. After former UFC welterweight champion Robbie Lawler pulled out of their scheduled UFC 255 matchup, the organization has been looking for a new opponent for “Platinum”. They have found that opponent in “The Dirty Bird” Tim Means, according to ESPN‘s Ariel Helwani.

Both Means and Perry have been up-and-down of late. The 36 year old Means has split wins and losses in his last six bouts, sporting an overall record of 30-12-1 with one no-contest. Most recently, Means defeated Laureano Staropoli by unanimous decision in August. A UFC veteran since 2012, the proud New Mexican is always in for an exciting fight.

Perry, meanwhile, has been in a little bit more of a rough stretch. The Floridian has only won three of his last eight, for a record of 14-6, but is coming off of a decision win over Mickey Gall in June. Since then, however, Perry has run into problems outside of the cage. In the weeks following his last fight, a video surfaced showing Perry knocking out a man at a bar. The UFC required him to seek counselling for both his bad relationship with alcohol and substances as well as anger management. More bad news came recently when his ex-wife and former corner woman Danielle Nickerson, often referred to as “The Platinum Princess”, revealed some troubling encounters between the two that led to their divorce earlier this year.

UFC 255 is set for November 21, and will be headlined by two flyweight title fights. For the women, “The Bullet” Valentina Shevchenko will make her fourth defense when she faces former Invicta FC champion Jennifer Maia. On the men’s side, “Deus da Guerra” Deiveson Figuerido will face the first Dana White Contender Series alum to earn a title shot, Alex Perez. The event also features what will likely serve as a top contender’s match at flyweight, as TUF 24 competitor “The Assasin Baby” Brandon Moreno faces former LFA champion, “Raw Dawg” Brandon Royval.