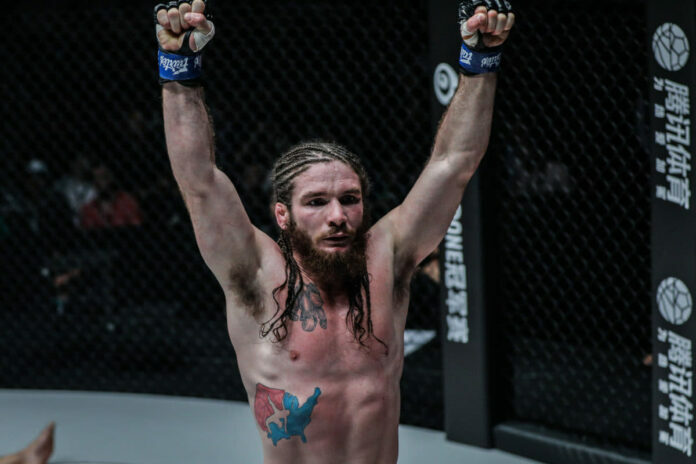 ONE Championship’s “Inside The Matrix” series will continue on Friday, November 6, with a ONE Welterweight World Championship main event.

Last October, Abbasov upended Zebaztian Kadestam for the title by unanimous decision. Due to the global pandemic, his first defense has been pushed back and will finally happen on Friday. The Kyrgyzstan native has finished 14 of his opponents, including ten by knockout.

However, Nakashima poses a significant threat in the grappling department.

The former Nebraska Cornhusker has been dominant in his run to the title shot. Nakashima made his presence on the global scene known with a clear-cut decision victory against Yushin Okami in his last outing.

The welterweight title tilt has all the makings of a five-round nailbiter.

The five-bout card has more contenders lining the bill.

In the co-main event, lightweight title hopefuls Timofey Nastyukhin and Pieter “The Archangel” Buist will square-off. Buist currently holds the #3-ranked spot in the official ONE athlete rankings, and Nastyukhin is a spot behind at #4. After the recent outings by champion Christian Lee against Iuri Lapicus and Saygid “Dagi” Guseyn Arslanaliev, this contest could easily be a title eliminator.

Also in action, #2-ranked atomweight contender Meng Bo takes on Indonesia’s Priscilla Hertati “Thathie” Lumban Gaol. With the ONE Atomweight Grand Prix looming in 2021, Meng could position herself as the odds-on favorite with another dominant showing in Singapore.

ONE: Inside The Matrix II Full Card