UFC 256 Under the Radar: Billy Quarantiillo vs. Gavin Tucker 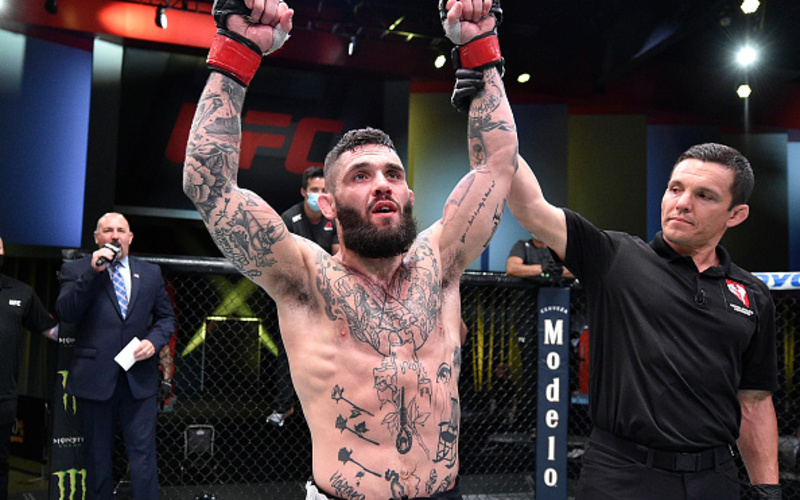 Since UFC 256‘s main event is getting all the love, so, let’s take a closer look at a preliminary bout between Billy Quarantillo and Gavin Tucker. First, it’s important to not ignore the body of work Quarantillo (15-2) has put together recently. For example, when he fought Spike Carlyle, he faced a frenetic, wild striker that often tries to hammer the foe out in the first round. Despite the aggression, Quarantillo outlasted the pressure and began to take over with superior cardio. Opposite to him is Tucker (12-1) who intends to steal all the hype around Quarantillo. Either way, Quarantillo vs. Tucker will only help add to the already stacked UFC 256.

Stakes are raised for this one 😬😬😬 https://t.co/IelgFE1Ov2

In an interview, Quarantillo agreed that he is right at the threshold of the UFC rankings, stating, “they have to either give me a top 15 or a big name after that“.

Quarantillo has been on a roll. Considering he is on an eight-fight win streak, it’s shocking he is not ranked yet. Additionally, The American demonstrated incredible poise against Carlyle and also showed his fight IQ at the same time. The fight between Quarantillo vs. Tucker, however, may unravel differently. Tucker is more methodical and dangerous. As distance and range management are always paramount in any MMA bout, it will apply here as well. If a calm and patient Quarantillo shows up, this could look similar to the Caryle bout. However, if Tucker manages distance properly he can stay out of range of some of Quarantillo’s best attacks, like the nasty right cross that sat down Kyle Nelson, he too can capitalize. One thing is for sure at UFC 256, Quarantillo vs. Tucker will be a fight you don’t want to miss.

Canadian born, Tucker trains out of Titans MMA – one of Canada’s hotbeds for talent. A reputation is forming behind Tucker because his back control and rear-naked choke sequences seem to just come naturally to him. In other words, Tucker has succinct finishing instincts when the fight gets to the mat. With that in mind, the athlete may be open to striking more because the foe can get fixated on possible grappling exchanges. Quarantillo vs. Tucker will be highly competitive while it lasts and a definite bout going under the radar.