The questions were always surrounding Ryan Garcia. Is he capable of being an elite boxer? Or is he going to be known more for his presence on social media? Garcia not only silenced many doubters, but did so in emphatic fashion.

After being knocked down for the first time in his career in round two, Garcia got off the canvas and showed the grit that’s required against high level opposition. Luke Campbell was his toughest opponent to date and when Garcia landed a left hook to the body in round seven, a weight was lifted off the 22-year old’s shoulders. By doing so, Ryan Garcia became the WBC interim lightweight champion.

Through six rounds, the bout was evenly matched. Campbell landed a knockdown in round two, but Garcia was able to continue the pressure in rounds three through six. Garcia admitted he got “too excited” when he walked down Campbell early on. His hand speed was clearly superior to the former Olympian, but his aggressive style was leaving him susceptible for Campbell’s counter left hook.

Alike his mentor and training partner Canelo Alvarez, Garcia was able to disguise the devastating left hook that ended the fight. Campbell was preparing for the hook to go upstairs and as he raised his elbows to defend, his dream of finally winning a championship, shattered.

Who’s next for Ryan Garcia?

“King Ry” was able to do something that Vasyl Lomachenko and Jorge Linares could not. The first fighter to finish Luke Campbell, Ryan Garcia set his sights on Gervonta “Tank” Davis after his victory. “I want to be a man of my word. I want Tank Davis”. As much as that fight would sell and be one of the biggest fights in 2021, it’s unlikely that’s next for either Davis or Garcia.

A matchup with Jorge Linares, or fellow DAZN fighter Devin Haney, is more likely for Ryan Garcia. Haney and Garcia are on similar time frames and a deal would be easier reached within their own network. Along with Garcia, Linares is also promoted by Oscar de la Hoya. A matchup was already discussed this past year, however it was never able to come to fruition. Garcia showed he is capable of competing with the very best at lightweight and a path to super stardom is on the horizon for boxing’s newest golden boy. 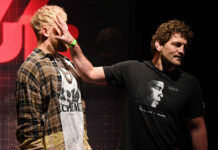 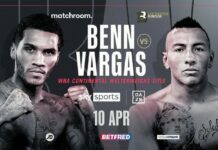