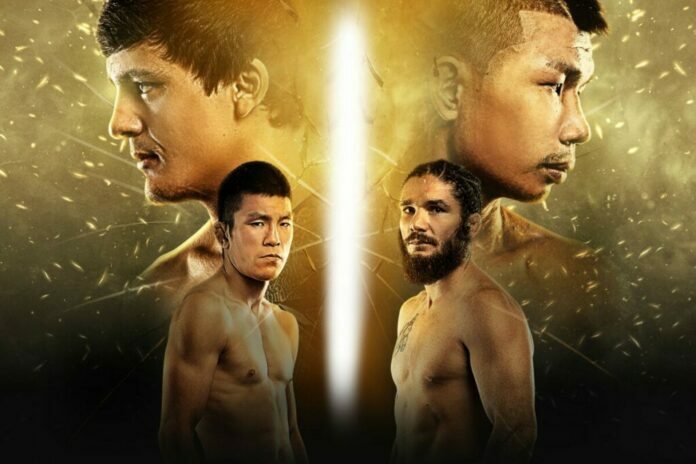 The 2021 schedule for ONE Championship will get underway on January 22 in Singapore with ONE: Unbreakable.

The six-bout event will be headlined by a ONE Bantamweight Kickboxing World Championship affair between Alaverdi Ramazanov and Capitan Petchyindee Academy. Capitan made his ONE debut with a record-breaking six-second knockout.

Also, in ONE Super Series action, heavyweight kickboxers Rade Opacic and Patrick Schmid will go toe-to-toe. Opacic nailed a spinning-kick KO in his debut in 2020 to make an immediate impact.

Four mixed martial arts bouts will help fill out the card, including a co-main event that will be a grappler’s paradise.

Nakashima failed to pick up the ONE Welterweight World Championship against Kiamrian Abbasov in his last outing at ONE: Inside The Matrix II, his first professional defeat, but returns in short order to join a stacked lightweight division.

In jumps right into the deep end of the pool, and he wouldn’t want it any other way.

Aoki has won back-to-back bouts against Honorio Banario and Kimihiro Eto to put himself back in the hunt for the gold. The winner of this contest will be in a good position as 2021 promises to be a huge year for the division.

Not to be outdone, atomweights Samara Santos and Meng Bo will meet.

Meng Bo has been electric since joining the promotion, with highlight-reel knockouts to her credit. She brings unmatched explosive power into the atomweight division but will need to take care of the Brazilian to defend her #2 spot in the official ONE rankings.

The first bout of the evening will be a strawweight affair that could be a sleeper for Fight of the Night.

China’s Hexigetu and Filipino Lito “Thunder Kid” Adiwang will put it all on the line. Both men are exceptionally quick and go for the finish. Fireworks are likely to kick-off the 2020 campaign for ONE with this contest.