Dawid Smielowski: “I Always Want To Finish The Fight” 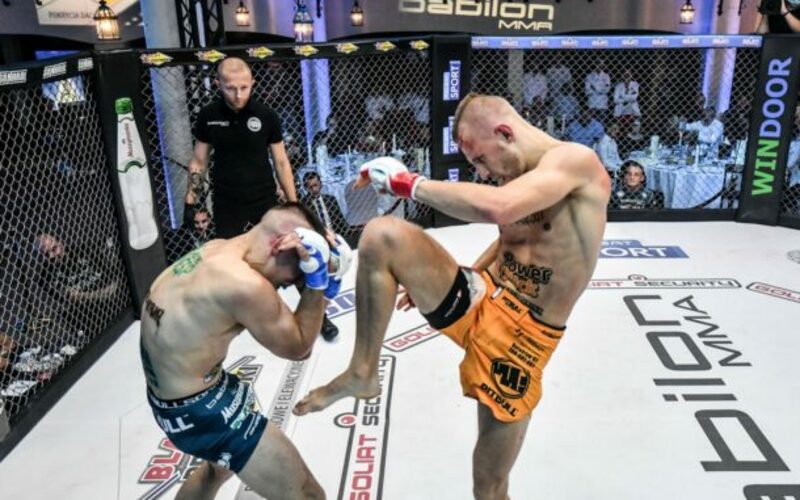 Poland is a hot-spot for MMA in Europe. One of those organizations on the rise is Babilon MMA. Their next event, Babilon MMA 20, is set for Friday, March 26, 2021, in Poland. With the current exodus of Polish MMA talent to the UFC, especially from KSW, Poland is looking for its next wave of superstars. One of those future stars under the Babilon MMA banner is featherweight Dawid Smielowski.

Beginning of a Superstar-Caliber Career

Dawid Smielowski began his MMA career in the amateur ranks in November 2013. Running until March 2017, Smielowski compiled an amateur record of 7-2, winning his last six in a row. The majority of his bouts were under the Slugfest banner. Five of his seven victories came by either KO/TKO or submission.

Moving to the professional ranks, Smielowski picked up right where he left off, earning a first-round TKO at Slugfest 12 in October 2017. Fighting through 2018, Smielowski won two more bouts by finish including a first-round head-kick KO. Taking three fights in 2019, Smielowski again finished all of his bouts, two of those in the first round. Not letting 2020 slow him down, Smielowski knocked out Hubert Sulewski at Babilon MMA 15 in August 2020.

Finishing At All Costs

Going 7-0 on the professional scene has been quite the start for Dawid Smielowski. The most impressive part is finishing all seven of those bouts by finish. So do you go into the cage looking to “headhunt” or is it finding the right opportunity? “I am not looking for an end by force,” Smielowski told MMA Sucka. “I am trying to feel the right moment, but I always want to finish the fight ahead of time.”

Currently, the most-recent Babilon MMA featherweight champion is another rising star in Daniel Rutkowski. He defeated Adrian Zielinski at Babilon MMA 10 back in October 2019. Since then Rutkowski has competed twice for Babilon MMA, but in different weight classes than featherweight. It would be interesting to see Smielowski compete for the featherweight title due to his strong performances so far. ” I would gladly take a fight for the championship title. I think that when I fight for the title it is because of the hard work of mine; it will be a future fight,” stated Smielowski.

Regardless of if his next fight is for a title or not, there is one thing we can count on. “Fans can expect a good match and I will finish the rival ahead of time,” said Smielowski.