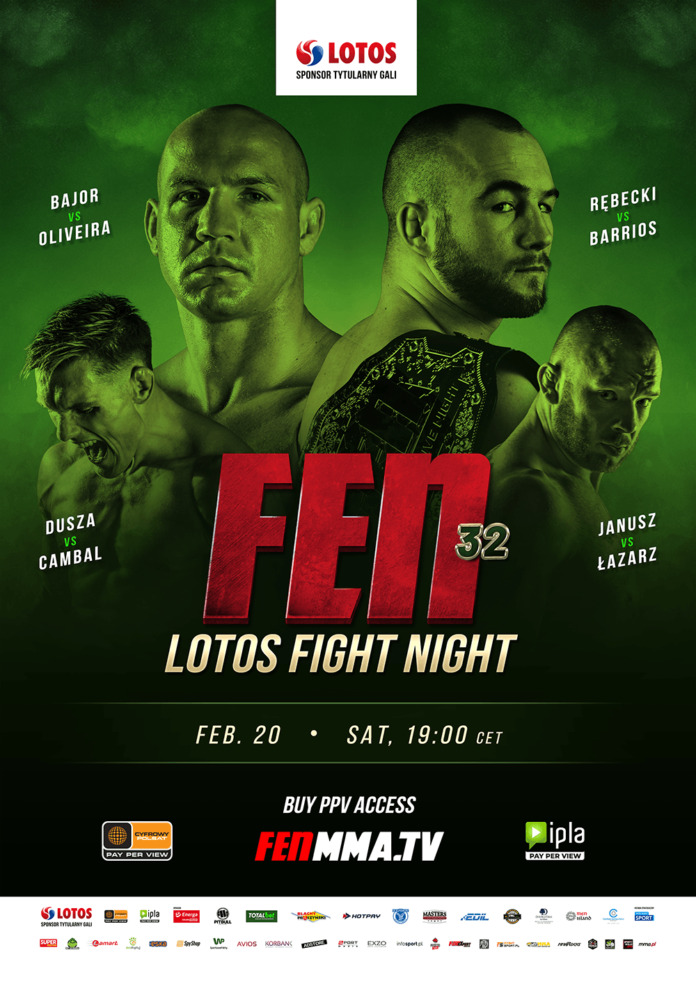 FEN 32:LOTOS Fight Night 4 is set to take place on Saturday, February 20, 2021, in Lodz, Poland. The main event will feature one of Europe’s top lightweights in Mateusz Rebecki defending his lightweight crown against Jose Barrios Vargas. Also on the card, is a massive heavyweight battle with #1 contender implications as top Polish heavyweight, Szymon Bajor, battles UFC-veteran Ednaldo Oliveira. Rebecki will be defending his title for the fifth time on Saturday. If would not be surprising if he ends up a star under the UFC lights one day. Not only has he defended his title four successful times, but finished all four opponents either by KO or TKO. Rebecki even holds a victory over KSW’s featherweight champion, Marian Ziolkowski, which took place at FEN 20.

FEN 32 has a Gold Main Event

With title hopes on the line, Szymon Bajor and Ednaldo Oliveira will clash in hopes to have a future 2021 bout with champion, Oli Thompson. Both fighters are greatly experienced and have experience under the brightest of lights. The more spectacular the victory on Saturday, the more likely to get a quick turnaround on a title shot. Bajor is one of Europe’s top heavyweights and is currently ranked as Eastern Europe’s #3-ranked heavyweight. The RIZIN and KSW veteran has had quite the run in Fight Exclusive Night (FEN) thus far, earning a 3-1 record inside the organization.

Keep it locked to MMASucka.com for all your FEN 32 results, all day long. 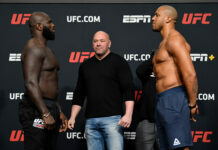