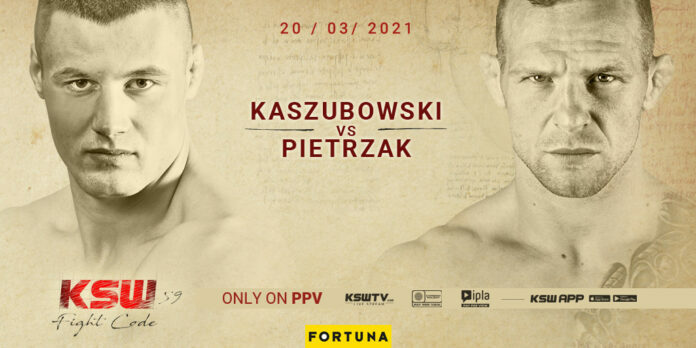 KSW is putting the pieces together for their March card with KSW 59 scheduled to take place on Saturday, March 20, 2021. The main event and co-main event have already been established. World’s Strongest Man and Polish veteran Mariusz Pudzianowski will battle one of Senegal’s all-time greatest wrestlers in Serigne Ousmane Dia. The co-main event will feature bantamweight champion Antun Racic defending his crown against Sebastian Przybysz. But the matchup that could arguably steal the show is the welterweight clash recently announced. Two of Poland’s best welterweights, Krystian Kaszubowski and Michal Pietrzak, will meet in the center of the KSW cage.

Entering 2021 as a top-26-year-old prospect, Krystian Kaszubowski (9-1) is 4-1 in KSW with his lone-loss to the champion, Roberto Soldic. Since suffering his loss to Soldic, Kaszubowski has gone 2-0 against top-tier opposition. Kaszubowski came onto the scene hot earning a first-round knockout at KSW 42 in March 2018. He followed that up with another first-round knockout at KSW 46 in December 2018. FIghting out of the Mighty Bulls Gdynia, he trains with several of Poland’s best of toughest fighters. With a huge win, Kaszubowski could find himself in line for another title shot.

Fighting in the professional ranks since 2013, Michal Pietrzak (9-4) went undefeated (3-0) in Babilon MMA before coming straight into KSW and earning a title shot against Soldic at KSW 50. Unfortunately for Pietrzak, he was unsuccessful against Soldic as well. He bounced right back in 2020 and scored a first-round knockout at KSW 53 in July 2020 in less than one minute. Known for his high-level wrestling, Pietrzak gets to work on that skill daily with training partners such as Damian Grabowski and former KSW champion Mateusz Gamrot. Similar to the situation of Kaszubowski, Pietrzak could find himself in the thick of the title picture with a decisive victory.

KSW 59 can be seen worldwide on Saturday, March 20, 2021, on the KSW app or KSWtv. With three bouts already announced, more will surely follow with the event four weeks away. Ousmane Dia “B52” will make his highly-anticipated debut, but will instantly try to swim in the deep waters as he faces a KSW heavyweight staple in “Pudz” who will enter his 21st professional bout. The organization’s only bantamweight champion, Racic, will defend his title against a familiar foe in Przybysz, who he owns a unanimous-decision win over in December 2018. 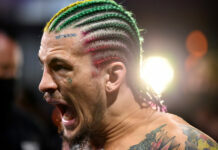 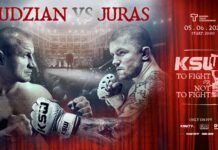