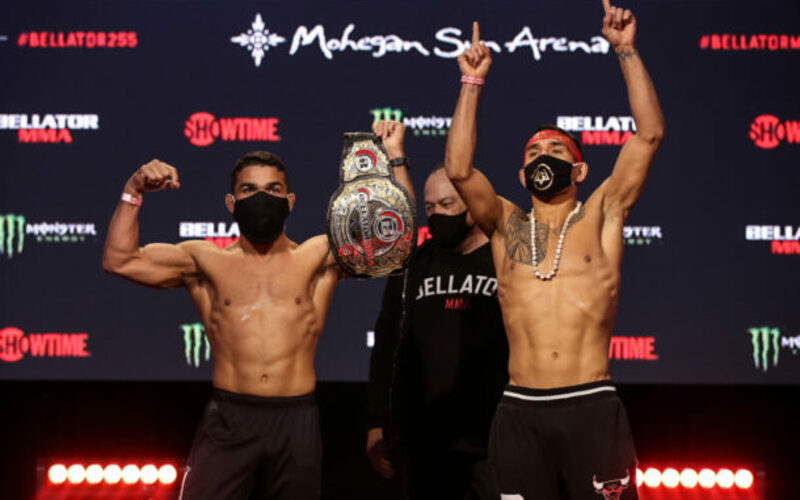 Bellator finally makes its 2021 debut tonight with Bellator 255, and MMA Sucka has fight fans covered with Bellator 255 results. The organization returns to new networks and an increased level of intrigue. The event is headlined by a featherweight title rematch and the second Featherweight Grand Prix semifinal between champion and Bellator staple Patricio Freire and “El Matador” Emmanuel Sanchez. The winner of this fight will not only win the belt, but will face top Bellator prospect AJ McKee in the finals of the tournament for a shot at $1 million.

At heavyweight, blue chip prospect Tyrell Fortune looks to continue his rebound following a knockout loss to Timothy Johnson last year as he faces grizzled veteran Jack May, who was knocked out in his last fight at the inaugrual XMMA event. Meanwhile, Usman Nurmagomedov, dominant grappler and cousin of former UFC lightweight champion Khabib Nurmagomedov, makes his Bellator debut as he looks to remain undefeated against Mike Hamel. Lastly, the main card is kicked off by what may be a title eliminator in the women’s flyweight division. Alejandra Lara looks to earn a rematch against newly-crowned champion Juliana Velasquez as she takes on the undefeated DEEP and Rizin veteran Kana Watanabe.

The preliminary card is also stacked with prospects and veterans alike. The headliner of the prelims features a longtime veteran of regional MMA in Cee Jay Hamilton taking on ACB veteran Magomed Magomedov, the only man to defeat former UFC bantamweight champion Petr Yan. Elsewhere on the card is prolific finisher Mandel Nallo, along with UFC veterans Jonathan Wilson, Khalid Murtazaliev, and Roger Huerta. Time will tell if a win a Bellator 255 results in a breakout moment for one of these undercard fighters.

Stay tuned to MMA Sucka for up-to-date Bellator 255 results. The entire card can be streamed here on MMA Sucka, with the preliminary card starting at 6:00pm ET/3:00pm PT, followed by the main card at 9:00pm ET/6:00pm PT. The main card can also be seen on Showtime.

Chris Gonzalez def. Roger Huerta via submission (strikes), 3:01 of Round 3

Roman Faraldo def. Trevor Gudde via TKO (punches) 1:30 of Round 1

Jordan Newman def. Branko Busick via TKO (ground and pound), 2:30 of Round 2 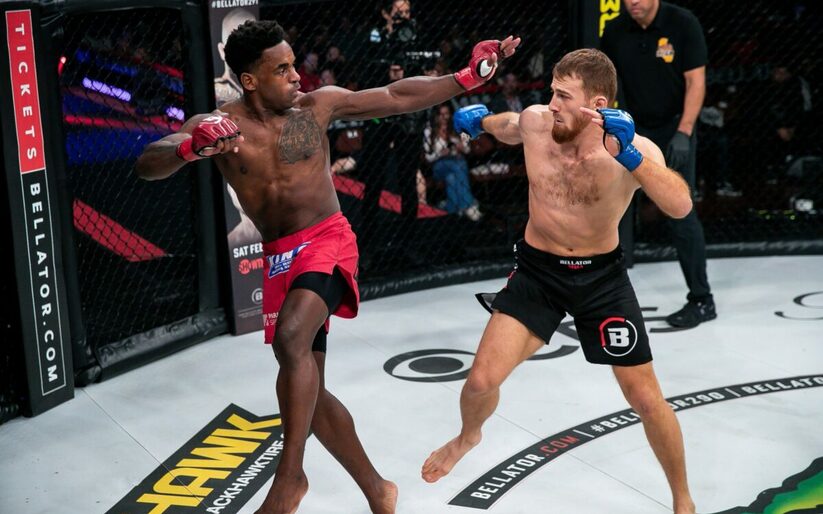