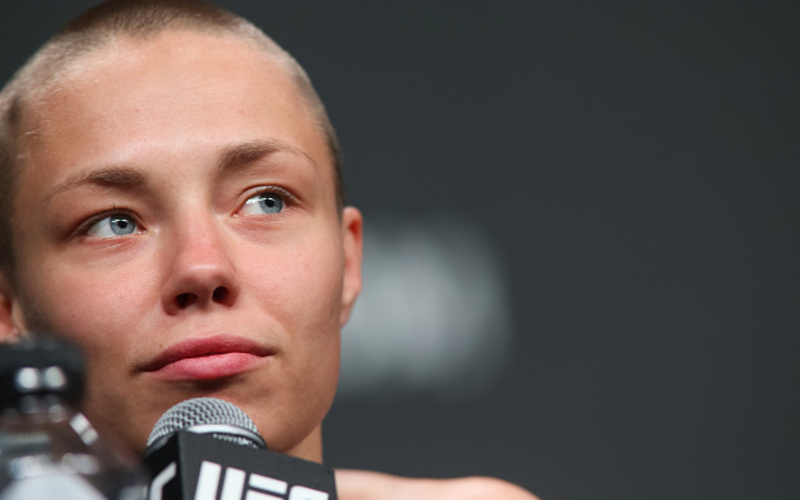 Ahead of UFC 261, Rose Namajunas has caused controversy with comments. Usually the stoic, respectful opponent, Namajunas has got political ahead of her title fight with champion, Weili Zhang. Speaking to Lithuanian outlet, LRT, Rose Namanjunas said that she is motivated due to “what she [Zhang] represents”. Rose Namajunas also said, “I was just trying to remind myself of my background and everywhere that I come from and my family and everything like that“.

Now, we can’t blame her for using external motivations other than winning the belt, however, it goes deeper than that. Following an education of her teammate, she stated “a huge reminder of yeah — better dead than red, you know?”. “I don’t think it’s any coincidence that Weili is ‘red,’ you know, that’s what she represents. It’s nothing personal against her, but that’s a huge motivating factor of why I fight and I fight for freedom.”.

It was Rose Namajunas’ ‘Better dead than red‘ comment that caused controversy. The phrase itself was coined during the Cold War. ‘Red’ was referred to as the emblematic colour of communism.

With Zhang being born in China and fighting out of Beijing, it is suggested this is why Namajunas made the comments. Her native Lithuania came under communist control and this is what her comments alluded to.

With the outside controversy aside, the UFC 261 card is a phenomenal one. Zhang Weili vs. Rose Namajunas serves as the co-main event for the strawweight belt. The champion is undefeated since her debut in 2013, enjoying 21 straight victories. Namajunas is 9-4 and has only had an unconvincing victory against former champion Jessica Andrade at UFC 251. The UFC are clearly high on Rose Namajunas, giving her another title shot on the back of just one victory.

The third title fight at UFC 261 sees a former opponent of Rose Namajunas, Jessica Andrade attempt to capture a title in a second weight class when she squares off against Valentina Shevchenko for the flyweight belt.

Also on the main card, we have former middleweight champion Chris Weidman take on TUF 17 finalist, Uriah Hall. This fight could be pivotal in determining who will break into a solid top 10 position.

Former title challenger Anthony Smith takes on rising star Jimmy Crute in a huge light heavyweight showdown. This will determine whether Smith still has what it takes suffering three losses in his last five fights. Crute has the opportunity to progress to 3-0 since dropping a fight to Misha Cirkunov. At just 25, Crute is a huge prospect and has the opportunity to become a real star. That all has to start with a victory over Anthony Smith.