UFC 261 has been announced and president Dana White has treated UFC fans to a loaded fight card with crowds returning to a full capacity VyStar Memorial Arena in Jacksonville, Florida, after a year hiatus from the sport.

White announced on Twitter that UFC 261 will feature three explosive title fights, including the long-awaited Usman vs. Masvidal 2, Valentina Shevchenko defending her flyweight strap against Jessica Andrade and Zhang Weili putting her strawweight title on the line against a dangerous Rose Namajunas.

White’s announcement broke the news that Kamaru Usman would defend his welterweight championship strap again in the curtain-raiser event against a persistent Jorge Masvidal. The pairs’ July 2020 clash at UFC 251 was behind closed doors giving Masvidal only six days’ notice to prepare against the durable Usman.

The Nigerian-born brawler won the fight, completely nullifying the explosive offense of Masvidal, securing another strap defence. With restrictions easing and the sporting world opening its doors to the public once again, UFC 261’s triple-headed title fight card is certain to get the hordes of MMA acolytes off their seats.

Fans Return: How Many Fans Will Return to UFC 261?

The UFC announced that it will welcome fans back in a mouth-watering UFC 261 on April 24 in Jacksonville, Florida, as Kamaru Usman puts his welterweight belt on the line against Jorge Masvidal. Dana White has made it no secret that he has yearned for the return of fans since being strong-armed to put the sport behind closed doors at the start of the pandemic in March 2020.

The president has displayed fierce reserves of tenacity, creativity and determination to stage events this past year. White has carried the torch as the promotion continued staging fight nights long after the vast majority of sports leagues and tournaments were suspended.

The ambitious UFC chief has been constantly criticised throughout the pandemic as he’s voiced controversial remarks surrounding the health pandemic stating “I’ll go anywhere I can sell out the whole arena”. It looks like White has got his wish as UFC 261 will be held in the Vystar Veterans Memorial Arena in Jacksonville, Florida, before an expected full-crowd of 15,000 fans.

Welterweight champion Usman was set to put his belt on the line in an eagerly anticipated main event against Gilbert Burns at UFC 251 last July. However, Gilbert Burns tested positive for Covid-19 and was forced to pull out of the bout. Jorge Masvidal stepped in at six days’ notice to lock horns with the champion. 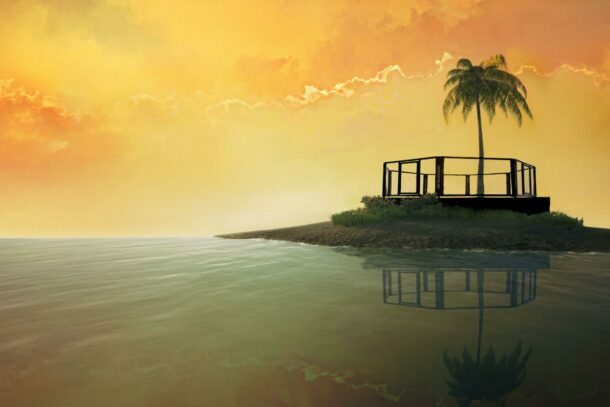 Usman made short work of Masvidal on the sunny confines of Fight Island, showcasing his welterweight supremacy against a battle-hardened Masvidal. It was ‘The Nigerian Nightmare’ that got his hand raised as the champion won via unanimous decision to retain the welterweight strap.

With a long list of challengers queuing up to trade leather with Usman at UFC 261, the welterweight champion cherrypicked his rematch with Masvidal in the hope of a repeat vanquishing. ‘Gamebred’ has not fought since losing to Usman in July 2020 when he took the fight at short notice. Masvidal is armed with a full camp coming into the rematch and is eager to challenge for welterweight glory again.

Masvidal will utilise a partisan home crowd in Florida with the burning desire to secure sweet revenge after his loss on Fight Island. Usman, though, returns having fought as recently as February when he defended his title against a resilient Gilbert Burns in his 13th successive win at 170lbs, chalking up the most wins in the division’s history.

The Floridian fighter has made some waves in the welterweight division over the past few years, dispatching some of the best in the business coupled with a slice of finesse. The Miami native has blossomed into one of the biggest stars in the promotion after grabbing the spotlight with both hands, forcing the world to take notice of his explosive exploits in the cage.

Usman, on the other hand, carries a 17-fight win streak before stepping into the cage again with Masvidal. The Nigerian native has proved countless times why he’s at the top of the food chain in the welterweight division, leaving every challenger with a Loss mark on their fight card.

The pair’s rematch looks to be a blockbuster affair with a plethora of excitement compared to the first instalment. Masvidal will be coming into the rematch armed with a full camp and time to prepare his challenge, while Usman will be fresh off the back of the Gilbert defence. With such a great fight card on offer, why not try your luck on Unikrn’s UFC virtual betting and relive some mouth-watering welterweight matchups.

Will a Full Camp Make the Difference This Time for Masvidal?

Masvidal was deprived of a training camp before his showdown with Usman at UFC 251 after a six-day warning. Clearly, this was not ideal for the Hispanic fighter and he voiced his concerns before agreeing to the championship bout.

It could be argued that Masvidal is getting the short straw again going into 261. The uniformed approach for a title fight is a month and a half’s notice for the challenger. Albeit this is longer notice than 251, it still is not an ideal timeframe.

The narrative surrounding Masvidal was that he can beat Usman with a full training camp in his arsenal and sufficient time. The first fight provided us with some insight into how the two fighters hone their craft in the octagon. Masvidal did a phenomenal job in the opening round breaking off the early takedowns from Usman.

Masvidal’s striking is far superior to that of Usman and the raw explosive power that ‘Gamebred’ possesses is frightening. Masvidal’s gas tank guzzled away after the opening round of UFC 251, and unfortunately, his striking became ineffective in the later rounds. With a full training camp and additional time to prepare, it seems likely that the Floridian fighter will provide some improved stamina and danger to the bout this time around.

Women’s flyweight champion Valentina Shevchenko will lock horns with former strawweight champion Jessica Andrade in an attempt to defend her flyweight strap a fifth time. Shevchenko has exercised supremacy over the strawweight division since 2015, riding a 6-win streak coming into this bout. The Kyrgyzstani brawler dispatched Jennifer Maia by unanimous decision last November with all three judges scoring it a blowout the champion’s way.

Jessica Andrade broke her 2-loss skid by stopping Katlyn Chookagian by TKO in Abu Dhabi last October. Andrade poured on the pressure in the co-main event as Chookagian possessed a height and reach advantage. This mattered little too ‘Bate Estaca’ as she weaved inside her opponent to pepper the American with a myriad of shots to the body stopping the bout via TKO. Andrade, a former champion, will be looking to make a splash against the dominant Shevchenko at UFC 261.

Zhang Weili will be hoping to deliver another title defence when she steps into the eight walls of death against the venerable Rose Namajunas. Zhang Weili, who boasts an unblemished fight card since signing with the UFC, will be wanting to extend her unbeaten UFC run to 6 fights unbeaten.

Zhang Weili put Joanna Jedrzejczyk to the sword in one of the most emphatic fights of 2020. Both fighters poured their hearts and souls into an exciting battle providing fight fans with a real bang for their buck at UFC 248. The Chinese striker emerged triumph after five gruelling rounds against her Polish counterpart, claiming a split-decision victory to retain the strawweight UFC title.

Rose Namajunas last plied her trade in July 2020, at the first instalment of Usman vs. Masvidal, at UFC 251. Namajunas raised a few eyebrows after seeking revenge against former champion Jessica Andrade after the Brazilian dethroned her in 2019.

‘Thug’ will be looking ahead to secure the UFC title for the second time in her career against the undefeated Chinese champion. With Dana White holding all the cards again, UFC 261 is certain to fuel some fire back into the belly of fight fans with a full-capacity VyStar Memorial Arena in the pipeline.