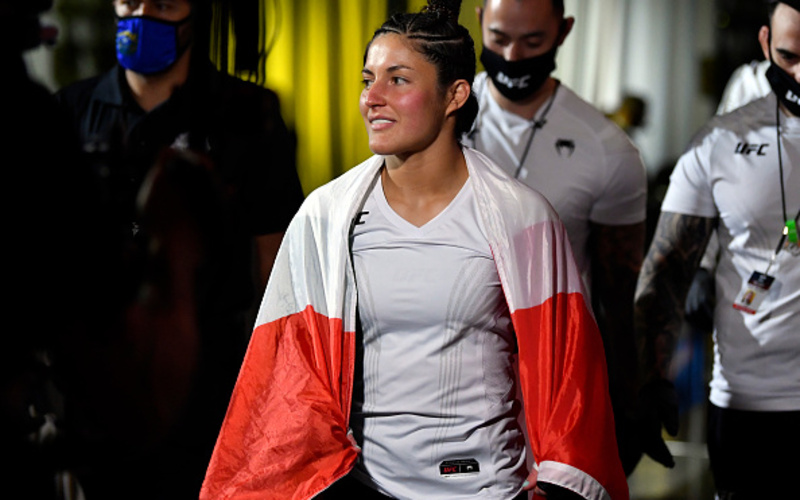 Lupita Godinez will step in on short notice at UFC Vegas 27 to take on Sarah Alpar.

MMASucka.com learned of the short notice contest from sources close to the bout.

Godinez (5-1) signed with the UFC and made her debut in April against veteran Jessica Penne. It was a war of attrition in that contest, with Penne edging ‘Loopy’ on the judges scorecards and earning a split decision.

Alpar (9-5) has been a pro since 2011 and earned her spot in the UFC with a second-round submission victory over Shanna Young at a Contender Series event. It took over a year to step inside the Octagon for the first time after that due to two cancelled bouts and lost to Jessica-Rose Clark in her sophomore appearance. Alpar was originally slated to take on Stephanie Egger, however, she was forced to withdraw for undisclosed reasons.

UFC Vegas 27 goes down on May 22 from the UFC Apex in Las Vegas. A bantamweight clash will headline the fight card, as Rob Font takes on former champion Cody Garbrandt.

Check out the May 22 fight card below.