Former UFC middleweight champion and one of the greatest of all time, Anderson Silva will face Julio César Chávez Jr. on June 19. Many have questioned the legitimacy of Silva’s boxing inside the squared circle, well this is not his first rodeo.

In fact, ‘Spider’ has two professional boxing bouts on his record. In 1998, he faced Osmar Luiz Teixeira and lost that fight. However, that is not the bout to look to if we want to see what Silva truly possesses.

In 2005, Silva knocked out Julio Cesar de Jesus in the second round of their boxing match and we have the footage for you below.

We all know the elusiveness of Silva’s striking. He had some of the best footwork and timing inside the Octagon in his heyday. Hopefully, we see some of those skills translate into the boxing ring on June 19.

The Silva vs. Chavez Jr. will be the co-main event at the special boxing event “Tribute to the Kings” where Chavez Sr. will headline in an exhibition bout against Hector Camacho Jr., the son of his late great rival, Hector “Macho” Camacho.

The Tribute to the Kings event will be available for live viewing on cable, satellite and digital Pay Per View, starting at 9 p.m. ET / 6 p.m. PT, on for a suggested retail price of only $39.99. Integrated Sports Media and Joe Hand Promotions will distribute throughout North America via DirecTV, iN Demand, Vubiquity, DISH, SaskTel, Rogers, Shaw PPV and via the FITE.TV website and app in the United States, Canada and select markets world-wide. You can see Anderson Silva boxing for yourself. 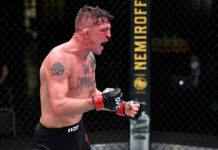 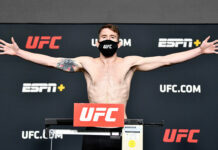