5 Last Minute Dustin Poirier Facts You May Not Know 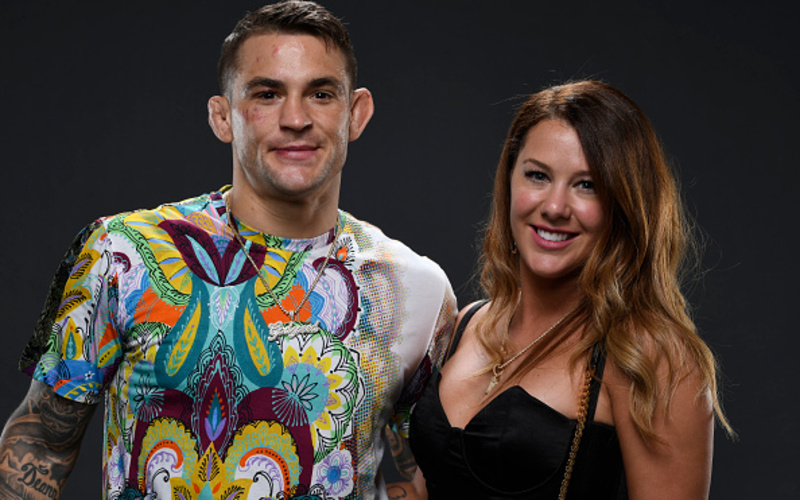 He is one of the most entertaining fighters in UFC history, a former interim champion, and a top-ranked lightweight, but there’s a lot more to Dustin Poirier than just his MMA career.

He fights this weekend at UFC 264 in the final bout of his trilogy with Conor McGregor. Before we get to his main event fight, we list five Dustin Poirier facts that you may not have known before. And if you did know these before, we dig a little deeper to find the salon-quality details.

5 Dustin Poirier Facts You May Not Have Known

5. Dustin Poirier Dropped Out of School

Early on in Dustin Poirier’s life, it was evident that schooling simply was not for him. Given his current 5’9″ frame it may be hard to imagine a Kindergarten-sized Dustin. However, maybe it’s not hard to imagine him getting in fights.

Poirier’s mother, Chaisson, recalls a time in which Kindergrten-aged Dustin simply no longer wished to go to school, walked out, and phoned 911 because he was sick of it.

“He snuck out of school,” Poirier’s mother sai., “And walked four blocks to a grocery store and called 911, just to tell them he didn’t want to go.”

Adding to Dustin Poirier facts, she also told of one time when Dustin stole her work van.

“I got off work early one day,” She said, “And was driving home, and I see my van coming down the other side of the road. And it was Dustin! He would just leave school and drive around.”

“He wasn’t mild like most kids. He was adventurous and inquisitive,” his mother said. “But public education isn’t for everyone, and that’s a hard lesson I learned.”

4. Dustin Poirier Was Sent to a Juvenile Detention Center

In eighth grade, Dustin Poirier was expelled from school for getting into fights. He hated school and said it felt like a prison. After the expulsion, he was sent to a juvenile detention center and a military-style boot camp.

“I honestly never graduated eighth grade,” Dustin Poirier said. “I got expelled in eighth grade, and then I got put in an alternative school to jump me back to my ninth grade. And then I did a lot of my ninth grade in juvenile detention and in boot camp…When I got out of that, I just never went back to school.”

In the chapters of Poirier’s life, the next chapter was not quite as fun; working at McDonald’s. He smoked and partied, but was not building himself into the person we now know. His now-wife, Jolie Poirier, then-girlfriend, said this phase, “He was just kind of struggling to find himself, I guess you could say.”

3. He married his High School Sweetheart

Through all ups and downs of Dustin’s life, he has had a constant supporter and ally in his wife: Jolie Poirier. The first time they ever laid eyes on each other was when they were both in the eighth grade, and Dustin was in a fistfight in the hallway at the time.

Since then, she’s supported in the good and bad times of Dustin’s MMA career. Dustin had his first pro MMA fight at age 18 and Jolie was there to support him,

“What’s beautiful though, my wife’s been there since the first fight…If I ever thought about stopping, she is the one who said ‘You Can’t!’” Poirier recalled.

Jolie is also one of the founders of the Good Fight Foundation, which we will get to later on in Dustin Poirier facts.

It’s a fact that Dustin Poirier is a Louisiana boy. He founded his brand of “Poirier’s Louisiana Style Hot Sauce” made in partnership with Heartbeat Hot Sauce Co. His passion for this brand comes from his love of cajun home-style cooking. The flavor represents him and his home.

“I actually live 35-40 minutes away from a tabasco plant in Avery Island,” Poirier told Forbes earlier this year. “Louisiana style hot sauce is crystal, tabasco and the list goes on of vinegar-based and cayenne pepper-based hot sauces. It’s something I grew up around and something I grew up eating.”

Another to add to the Dustin Poirier facts; Dustin loves to cook. When he was on Hot Ones he spoke at length about his passion for cooking,

“I love a good gumbo, man!” Dustin Poirier said, “I love making my own roux and sitting in front of a pot with a beer, stirring it, and it’s gumbo season right now. It’s a little chilly outside and it’s perfect time for gumbo!”

Conor McGregor was given a bottle at UFC 257. And after this fight McGregor left a (parody) review for the hot sauce, “You know what they say: styles make sauces. It’s not that I don’t have the style to handle the heat but this sauce took out me leg. Fair play to Dustin. he’s a great sauce maker. It hit me right in the muscle. There wasn’t a mark on me face but me leg was gone. Hats off to him for such a great sauce.”

1. Founder of the Good Fight Foundation

Being a champion and fighting names like McGregor certainly allow people to afford to philanthropic lifestyle. However, it’s worth noting, another to add to Dustin Poirier facts, he started the foundation well before he was making major money in MMA. Poirier auctions off his fight kits (shorts, gloves, shirts), and the first time he did this was at UFC 211 against Eddie Alvarez. This was a non-title bout, and also, it wasn’t even on the main card.

Many fighters like Max Holloway and Khabib Nurmagomedov generously donated their fight kits to be auctioned off for the foundation after their respective fights against Poirier.

Many people who follow the sport are very familiar with The Good Fight Foundation but maybe are not familiar with what they do exactly. They initially helped provide 3,000 meals in Lafayette to those who needed it, helped raise money for building a playground with access for disabled children. The foundation has also helped support community children’s hospitals, helping homeless people, school supply drives, food bank drives, building water wells in Uganda, and more.

Those are five Dustin Poirier facts, with details, to study ahead of his UFC 264 fight with Conor McGregor. Two fascinating MMA fighters are meeting in the biggest fight of their respective careers. We’ll update you more with tidbits of both fighters soon, and keep you updated on their upcoming fight.