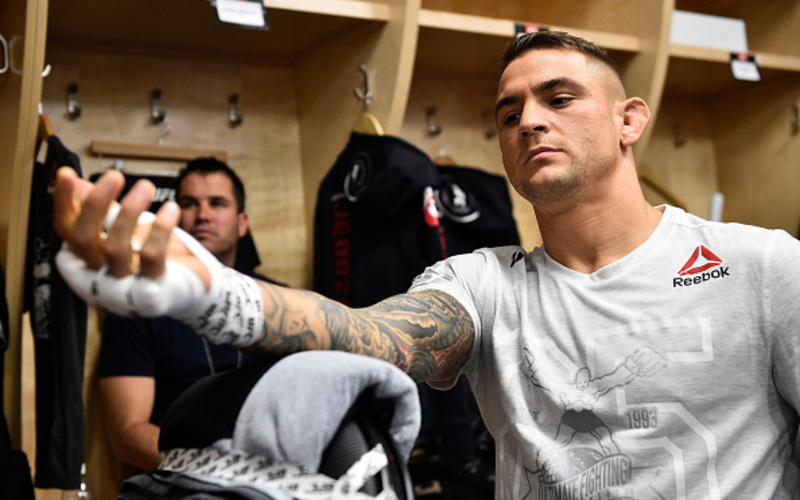 Dustin Poirier faces the biggest fight of his mixed martial arts career at UFC 236. “The Diamond” takes on featherweight champion Max Holloway for the UFC interim lightweight title. It’s fitting that he’ll use it to achieve one of his biggest charitable goals.

With each of Poirier’s recent fights, the lightweight contender has raised money through his non-profit, the Good Fight Foundation, to benefit his hometown of Lafayette, LA. Following each fight, Poirier auctions off his fight-worn gear to help fund the foundation’s current goal. In the build-up to UFC 236, Poirier will be raising money to fund a playground for disabled children at Lafayette’s Prairie Elementary in honor of the late Aaron Hill.

According to the foundation’s homepage, Aaron was diagnosed with the incurable disease ALD (Adrenoleukodystrophy) at the age of six. Within six months of his diagnosis, he lost his ability to see, hear, walk, talk and eat. Aaron passed away at the age of seven, 14 months after he was diagnosed.

The foundation’s page reads that Aaron “was a happy, healthy boy who loved to read, laugh, watch cartoons and play outside… He absolutely loved going out to the playground. When he was in the wheelchair, he liked going for walks, [but] he would’ve loved to swing. He most enjoyed being outside with his friends, playing. Aaron’s wish was to have a disability playground for children with special needs!”

Though Aaron didn’t live to see this through, his life and wish inspired Poirier and his wife, Jolie, to raise funds through the Good Fight Foundation to create the playground in Aaron’s honor. Poirier told MMAJunkie in an interview that it will feature a plaque in the center of the playground dedicated to Aaron. The playground will have equipment accessible to disabled children, such as swings for those in wheelchairs.

UFC 236 takes place on Saturday, April 13 at the State Farm Arena in Atlanta. Poirier and Holloway are likely fighting for the next crack at UFC lightweight champion Khabib Nurmagomedov. Nurmagomedov was suspended in October for his role in a post-fight melee following his title defense over Conor McGregor at UFC 229. UFC 236 can be purchased live on PPV through ESPN+.