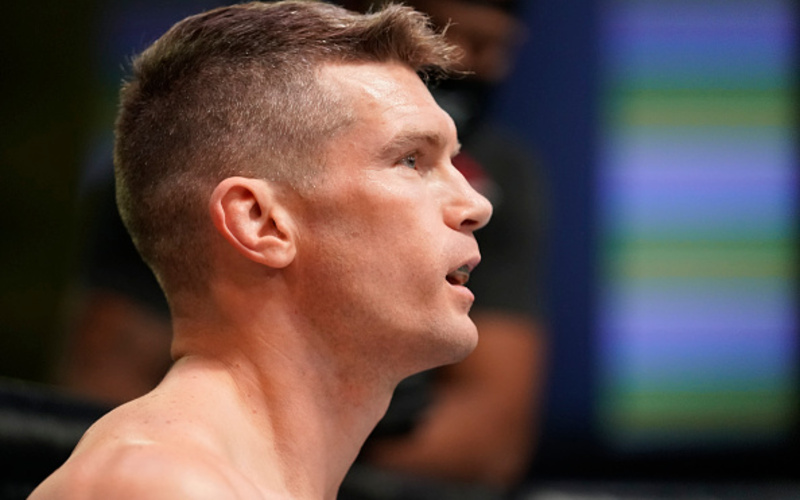 Stephen Thompson will be taking on Gilbert Burns in the co-main event this weekend at UFC 264. This fight has heavy title implications in the UFC’s welterweight division. UFC 264 will be headlined by Dustin Poirier and Conor McGregor.

Stephen Thompson stands six feet tall and has a 75-inch reach. That will give him a two-inch height, and a four-inch reach advantage over Burns this weekend. Thompson is a first-degree black belt in Japanese jujutsu and a fifth-degree black belt in Tetsushin-Ryu Kempo. In his 21-fight professional career, Stephen Thompson has knocked out seven of his opponents and has never been submitted. He has only been knocked out once in his career and that was against Anthony Pettis in 2019. Stephen Thompson only has one submission win in his career, and that came in his third pro fight in 2010.

Burns is a second-degree black belt in Brazilian Jiu-Jitsu. In his grappling career, he has won seven gold medals, two silver medals, and two bronze medals. Burns has gone back and forth from lightweight to welterweight in his professional career. Since making welterweight his permanent home in 2019, however, Burns has gone 4-1.

Gilbert Burns lost his last fight by knockout to Kamaru Usman, falling short of capturing the UFC welterweight title. In his UFC career, Burns holds wins over Tyron Woodley, Demian Maia, Gunnar Nelson, Mike Davis, and Alex Oliveira. He has never been submitted in his professional career, and eight of his 19 wins coming by way of submission. Burns has been knocked out in two of his four losses, against the aforementioned Usman and Dan Hooker.

Knowing Thompson’s grappling credentials, it would seem like this fight will mostly be a kickboxing match, unless Burns comes into the fight extremely wrestling-heavy. If this is the case and they do strike with each other, Thompson has a significant reach advantage. Thompson’s striking style is known to keep his opponent at bay and pick away at them. This will be easier with a big reach advantage. Burns does have knockout power though, and although Thompson only has one knockout loss, that loss was against Anthony Pettis. It should be very clear to everyone that Burns has more power in his strikes than Pettis.