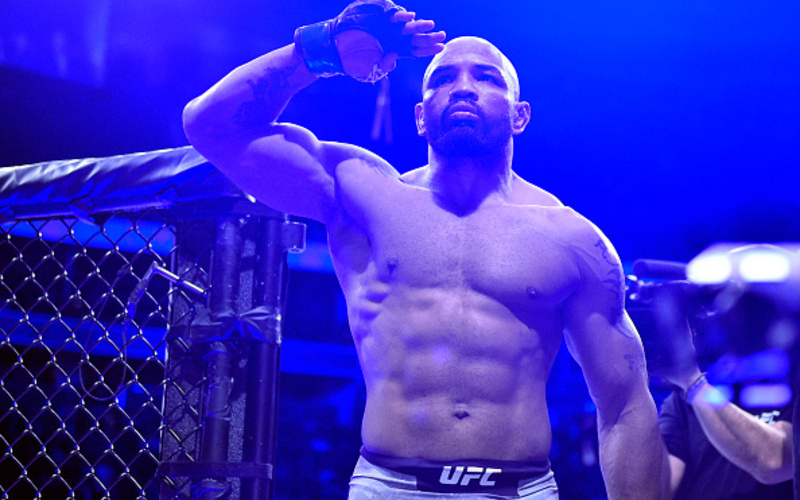 The Bellator cage finally returns to San Jose, California this weekend for Bellator 266. The main event features a light heavyweight match up between two MMA veterans, Phil Davis and Yoel Romero. It will be a much anticipated debut for Romero, as he was originally scheduled to face Anthony Johnson earlier this year at Bellator 257. The bout was also set to be apart of the Bellator Light Heavyweight Grand Prix, however, Romero was forced out of the fight after failing to clear his medicals, forcing him out of the grand prix entirely. Now, about five months later, Yoel Romero is ready to make his debut in the Bellator cage as he takes on their third-ranked light heavyweight, Phil Davis.

Bellator 266 takes place on Saturday, September 18, from the SAP Center in San Jose, California. Aside from the light heavyweight main event, the card also features a key matchup at welterweight in the co-main event. Fourth-ranked welterweight contender Neiman Gracie looks to get back on track after producing a 1-2 record in his last three fights following a 9-0 start to his career. He will be facing off against Mark Lemminger as Lemminger looks to pick up the biggest win of his Bellator career. The rest of the main card features fights between Alejandra Lara and DeAnna Bennett, Georgi Karakhanyan and Saul Rogers, and finally, Christian Edwards and Ben Parrish.

For Yoel Romero, this fight will be his first outing in over a year, as he has not fought since March 2020. At that time, he was still with the UFC as he was challenging UFC middleweight champion Israel Adesanya for the title. In what was expected to be an exciting matchup, it ended up being an uneventful five rounds that saw Romero lose by unanimous decision. That loss put Romero at three losses in a row.

After starting his UFC career in 2013, Yoel Romero compiled a record of 9-4. All of those losses would come towards the end of his time there however, including those three in a row. But he started in the UFC with eight wins in a row from 2013 to 2016, picking up knockout wins over former UFC champions Chris Weidman and Lyoto Machida. The only decision wins picked up over that time was a unanimous decision over Brad Tavares and a split over Ronaldo Souza.

After his knockout win over Weidman, it seemed a championship match up with the middleweight champion at that time, Michael Bisping, was inevitable. However, it would never materialize and instead, Yoel Romero faced off against Robert Whittaker for the interim title at UFC 213 in 2017. Romero suffered his first loss in the octagon that night as Whittaker secured the UD win after a hard fought five rounds from both sides.

Whittaker would eventually get upgraded to undisputed champion following that fight allowing for Yoel Romero to fight for the interim title again in his next fight. Even though he was ineligible to win the interim title due to a weight miss, Romero still won the fight as he knocked out another former champion in Luke Rockhold.

That was the last win Yoel Romero secured for himself in the UFC as his three fight losing streak followed. With the win over Rockhold, Romero got another fight with Whittaker, this time for the undisputed title, at UFC 225. Their second fight was just as good as their first fight, but Romero was unable to come out on top once again as he lost by split decision. After that fight, Romero faced undefeated rising contender Paulo Costa at UFC 241. In another close fight, Romero ended up losing another decision as Costa won by unanimous decision. Even after losing to Costa, Romero still got a championship fight with Adesanya, capping off the three fight losing streak.

After the fight with Adesanya, Yoel Romero was scheduled for one more chance in the UFC. He was paired up in a main event fight with Uriah Hall at UFC on ESPN 15, but he pulled out of the fight less than two weeks prior. Four months later, Yoel Romero was released from the UFC, allowing him to sign with Bellator. He looks to show the Bellator fans that he still has some excitement in the 44 year old as his debut awaits.

Phil Davis has been a name in the MMA scene for years as his career dates back to 2008, consisting of mostly Bellator and UFC bouts. When Yoel Romero was making his UFC debut in 2013, Phil Davis was on his last five fights of his UFC career. During those last five fights, he won back to back unanimous decisions over Vinny Magalhaes and Lyoto Machida. He then picked up another UD win over Glover Teixeira in between decision losses to Anthony Johnson and Ryan Bader.

When Phil Davis made his Bellator debut in 2015, he started off with two finishes in one night to win the Bellator Light Heavyweight Grand Prix at Bellator 142: Dynamite 1. Following those wins, he won his third straight fight in a title eliminator against Muhammed Lawal by unanimous decision. That fight allowed Davis to capture the Bellator light heavyweight title in just his fourth fight with the promotion after defeating Liam McGeary by unanimous decision.

Unfortunately, Davis’s four fight win streak would be snapped in his next outing as a former opponent of his defeated him again to take his Bellator title. That opponent was Ryan Bader, as he defeated Davis by split decision at Bellator 180. Since that loss, Davis has gone 5-2. He put together two straight wins after the Bader loss with a unanimous decision over Leonardo Leite followed by a knockout win over Linton Vassell.

Phil Davis looked to pick up a third straight win as he faced Vadim Nemkov at Bellator 209, but would unfortunately lose by split decision. Davis would then go on to put together another win streak, this time winning three straight. He kicked things off with back to back TKO wins including a second win over McGeary, as well as a win over Karl Albrektsson.

The third win was a split decision win over Lyoto Machida that would set up a title match up against Nemkov, who defeated Bader since his first fight with Davis. In the quarterfinal match up of this years Light Heavyweight Grand Prix, Davis came up short against Nemkov once again, this time losing by unanimous decision. Heading into Saturday night, Davis looks to bounce back from the loss and pick up a big win over Yoel Romero, who has not fought at light heavyweight since 2011.

Both of these fighters bring to the cage a large amount of grappling experience. They both are very well versed in the art of wrestling as Romero holds a silver medal in freestyle wrestling from the 2000 Olympic Games. Davis never went to the Olympics but he is still a very good wrestler as he won an NCAA title in 2008 while wrestling at Penn State. While these men may be high caliber wrestlers, expect this fight to be mostly spent on the feet as each of them also have a pretty well versed striking game. Romero enters the fight with 11 knockouts out of his 13 wins while Davis comes in with six knockouts and five submissions.

For Davis, he will need to make sure he stays out of range from Yoel Romero’s explosive attacks. Meanwhile, Romero may need to finish the fight within the distance as he has not shown much promise for himself fighting in the later rounds. Luckily, Bellator only uses five rounds for championship fights, giving Romero a better chance to win by decision.