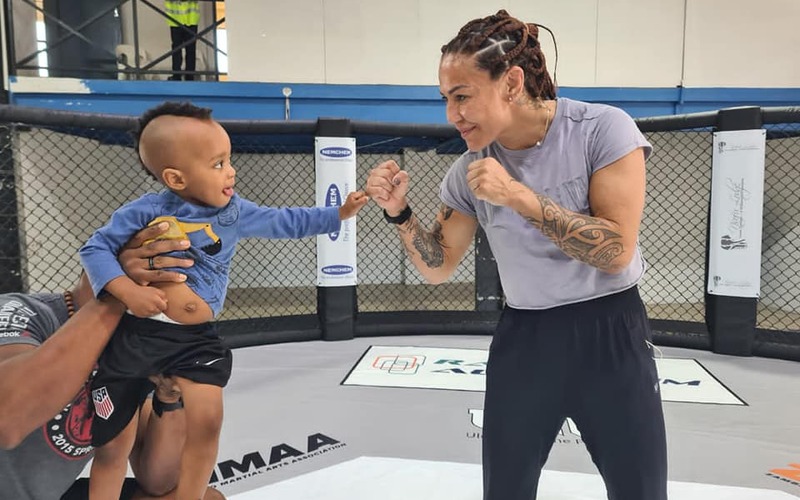 The former Strikeforce, UFC, and current Bellator Champion Cris ‘Cyborg’ Justino continue on her path helping to build the sport of MMA for women; and now it helping grow the sport for women in Africa. Cris Cyborg is working with the IMMAF (The International Mixed Martial Arts Federation) in the nation of Zambia.

Recently Zambia, with the help of the IMMAF, had established a national MMA commission, and in late November, they hosted an MMA symposium. This was to assist in training for cutmen, referees, judges, and courses on, “contract law, social media management and how to gain sponsorship, as well as beginner and advanced MMA classes.” And, MMA Zambia hosted anti-bullying and female self-defense programs.

The Zambia MMA symposium also launched the women’s commission for MMA in the country, which Cris Cyborg was there to help with. The IMMAF says this commission will “will look to encourage more Zambian women and girls into the sport of MMA. Additionally, the Vulnerable Youth program was piloted, which “uses sport and MMA as a metaphor for life lessons and [raises] awareness on topics including gender-based violence, drugs, and alcohol abuse, mental health, and other issues which affect disadvantaged children.”

“I think women’s MMA will grow a lot,” Said Cris Cyborg, “You really have to dedicate [yourself] to training, trust in your coach – he’s going to tell you when you’re ready to fight. And believe in and trust the journey. So train hard, do your best, the fight will eventually happen and you’re going to be ready. And for MMA getting bigger in Africa, I think it needs more people like Ben [Bush].”

Benjamin Bush is the President of the Mixed Martial Arts Zambia (MMAZ), and added, “This was massive, because Cris for us represents everything we are about in terms of female empowerment and gender-based violence awareness. And it was the perfect opportunity for us to launch the Women’s Commission, which is the first in Africa.”

Cris Cyborg also clarified why she continues to fight for women internationally, “For me, it’s important I really get out of my comfort zone to challenge my mind to help me grow in my career and personal life. Every time I win my fight and my titles, I never feel like I’m defending my belt, I always feel like I’m fighting for it, even after 13 years. That’s how I stay strong. Everyone always tells me, “Cris, I’m gonna take your belt” but it doesn’t worry me because, well I’m going to take my belt too because I have the mindset for it. I’m always learning in my sport and as a person and try to never stop being humble, to share my faith with the world and everyone around me, to give back to the community through teaching female fighters who are coming up, without a lot of experience, that they can do this too even though it’s never gonna be easy…but that doesn’t mean we should stop and give up. “

“Being a world champion is a big responsibility,” Cris Cyborg adds, “Whatever place God puts you in, if he makes you a Champion, it’s not to be Champion for yourself, it’s for something else, whether it be to make a difference in the world and to change people’s lives, but I want to be Champion of Hearts for my people… That’s why I really like what Benjamin is doing here in Zambia with MMAZ (Mixed Martial Arts Zambia) using this sport of MMA. This sport helped me get strong, even though it’s hard, I keep working to come back stronger every day. So, this project helps to empower vulnerable youth and women and to bring awareness to the sport in this country as a tool for positive social change for its people and their communities. It is this part of my life that I enjoy the most, helping others wherever I am and using my experience and platform as an example to give hope to people of having a better life.”

A fighter from Eagle Fighting Championship also attended the event; Rob Simbowe, from South Africa originally. Simbowe was an orphan at the age of nine, he was homeless for four years until the Fountain of Hope Orphanage accepted him. Simbowe told his story and made sure to give back, he recently returned to this orphanage and donated a sum from his own pocket to ensure its support.

“I was moved to tears when he was explaining his life story to the girls in the dormitory,” MMAZ President Bush said, “I think they must have been between the ages of 6-12, maybe 6-14, talking to them about tips for life and how to get ahead. It was really moving. It was really something special.”

Bush continued, “We can’t thank you guys enough. I’m all about using the sport for positive social change, creating role models, and creating a platform for athletes to achieve their dreams through IMMAF, which is one of the best platforms in the world, in sports, period.”

About the IMMAF:
The International Mixed Martial Arts Federation (IMMAF) provides the platform for MMA’s next generation of athletes and rising stars. Founded in 2012, IMMAF’s purpose is to further the development, recognition and regulation of the sport of MMA (mixed martial arts), enabling amateur competition through the organisation of national MMA federations around the world. With a seven-year track record of organising international amateur Championships and ten years developing the sport globally, IMMAF’s membership today includes 120 National Federations worldwide, of which 49 are recognised by their National Olympic Committee or National Sports Authority. IMMAF has advanced programmes for the education and certification of MMA coaches, referees and other technical officials, and for Youth Development. Supported by the UFC®, IMMAF is the only legitimate international governing body for MMA, working to gain sport recognition and see MMA into the Olympic Games.

Featured image courtesy of the IMMAF. 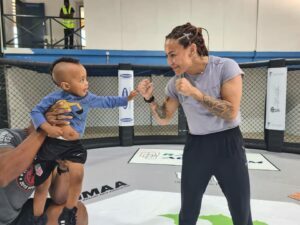 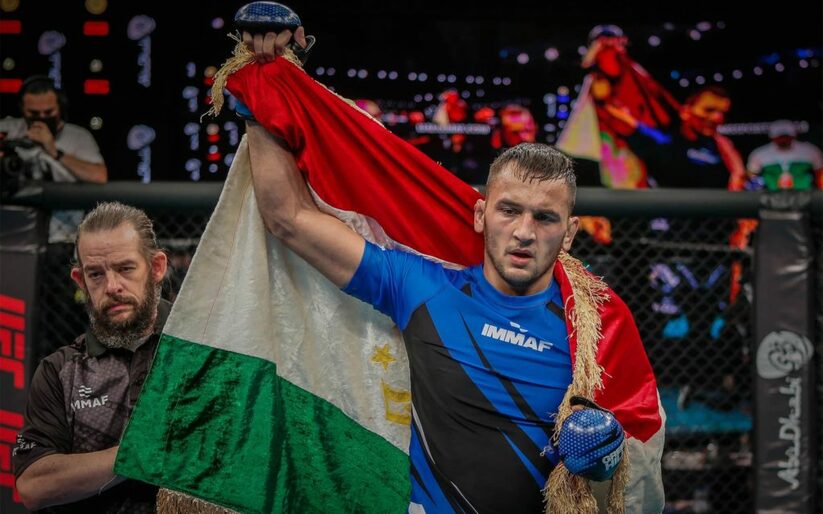 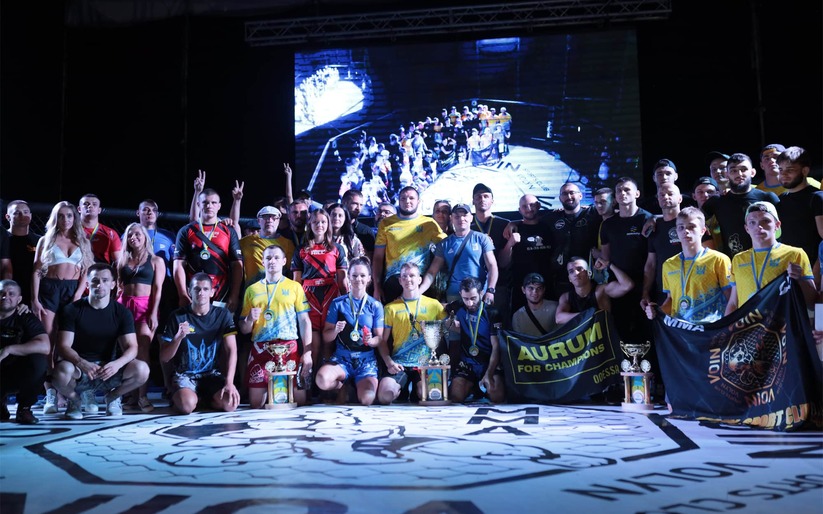 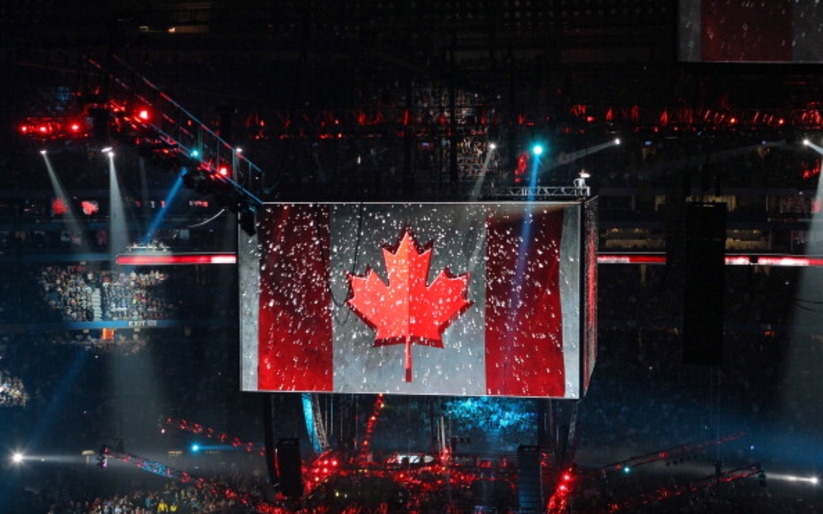