Demetrious Johnson to Return at ONE Championship on March 26 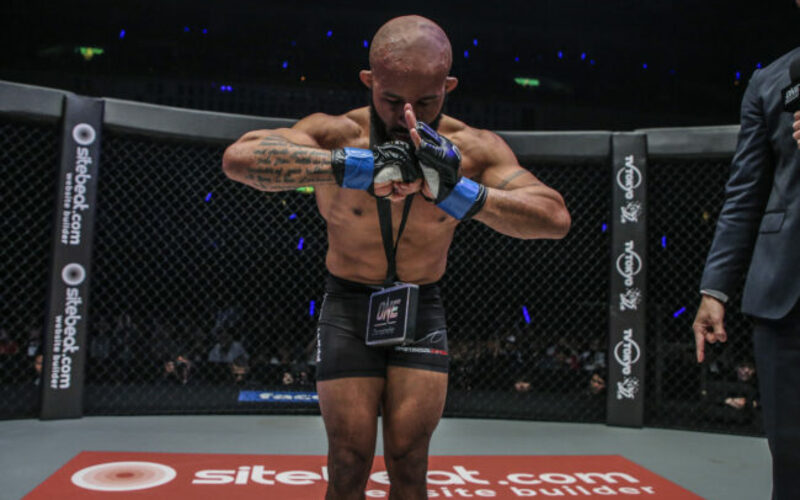 The ONE Championship CEO, Chatri Sityodtong has just announced this Wednesday on “The MMA Hour” the return of Demetrious “Mighty Mouse” Johnson for the ONE X event in Singapore on March 26, 2022. This card was originally scheduled for December 5, 2021, but was shifted due to a rising number of COVID-19 cases in Singapore. The newly scheduled card will now be expected to be one of the first events that ONE Championship has had with full fan attendance since March 2020.

Johnson will be competing against the current ONE Flyweight Muay Thai World Champion Rodtang Jitmuangnon in a special rules bout that includes four three-minute rounds switching between Muay Thai and MMA. The fight is set to begin with Muay Thai in Round 1 and the fighters will be using four-ounce gloves for the bout.

After Demetrious Johnson’s arrival in ONE Championship, he was able to rattle off three straight wins against the likes of Yuya Wakamatsu, Tatsumitsu Wada, and Danny Kingad, which earned him a title fight against the reigning ONE flyweight champion, Adriano Moraes. Unfortunately for fans of the American, Johnson was knocked out by a vicious knee in the second round, suffering his first-ever knockout loss since his professional debut in 2010. Johnson is looking to rebound with a victory against the current flyweight muay thai champion to insert his name back in the picture to challenge for the title.

The ONE X Singapore card will be headlined by the Women’s Atomweight World Champion, Angela Lee who will be defending her belt against Stamp Fairtex. Fairtex was the winner of the ONE Atomweight Grand Prix Championship. Lee looks to earn a victory in her return to the cage since the birth of her daughter, Eva Marie. Lee’s last bout was in October 2019, which came in the form of a title defense win against Xiong Jingnan via rear-naked choke in the fifth round.

Adriano Moraes, who had knocked out Demetrious Johnson in his previous bout will also be on the card defending his Flyweight Championship against Yuya Wakamatsu.

In addition to the announcement of the Johnson vs. Jitmuangnon fight, ONE Championships CEO also confirmed that stars like Eddie Alvarez, Shinya Aoki, and Sage Northcutt will be a part of the card, although their fights have yet to be finalized.

This is an extremely stacked ONE Championship card that you do not want to miss.