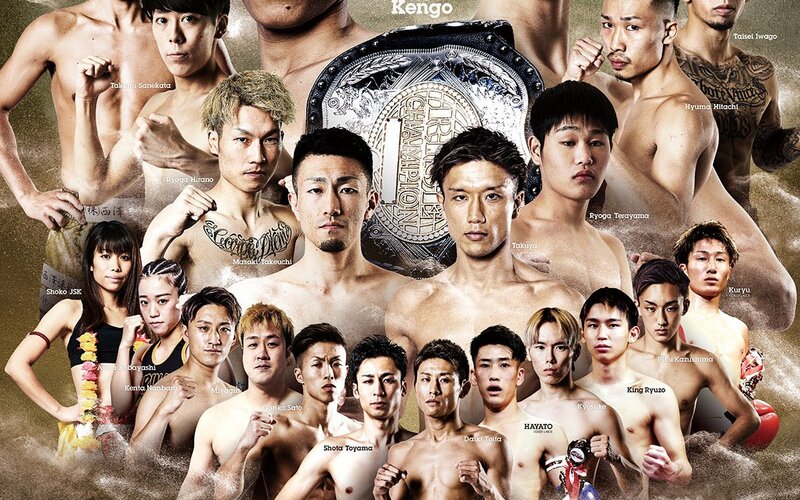 In the RISE 154 main event, the bantamweight championship will be on the line. Masahiko Suzuki 鈴木真彦, 24, will be looking to defend his title and extend his win streak against Kengo 拳剛. Suzuki won the RISE kickboxing bantamweight (-55kg) in 2018. Since then he competed in a bantamweight Grand Prix and had a decision loss to superstar Tenshin Nasukawa 那須川天心. He also defended his title and won 5 fights. Additionally, he knocked out Rui Ebata 江幡 塁 in the first round in his previous fight. Suzuki also held titles in WBC Japan, DEEP, and Muay Thai Japan. He will be facing off against the DEEP KICK bantamweight champion Kengo. Impressively, Kengo is on a four-fight win streak and will be looking to make five in a row and take a title with this win.

The co-main event of RISE 154 will see the streaking Ryoga Terayama 寺山遼冴 face off against Takuya. At merely 18 years old Terayama has won the Shooto Cage Kick Championship and is the reigning DEEP KICK Champion for the -53kg category. He will be looking to extend his win streak into six in a row against Takuya. Takuya has lost two in a row and will be fighting hard to prove his place get back in the win column.

Also featured on the RISE 154 main card is the 19-year-old Riku Kazushima 数島大陸 versus the 20-year-old Aron Takahashi 高橋空龍. Both young men are on winning streaks and will be looking to prove themselves in this fight. Additionally, Masaki Takeuchi 竹内将生 will face Ryoga Hirano 平野凌我. And HAYATO, who had a first-round stoppage in his last bout, will face off against the more experienced Daiki Toida 戸井田大輝. For this fight and the rest of RISE 154, results can be found below.