Michael Chandler vs Tony Ferguson to Fight at UFC 274 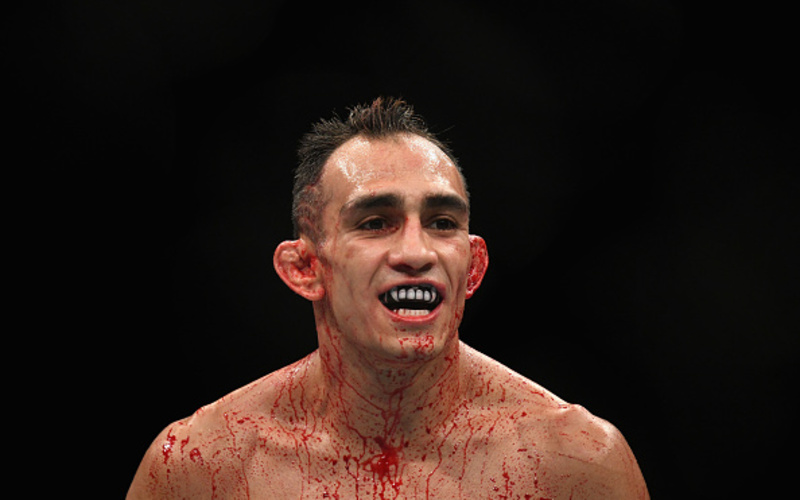 UFC 274 on May 7 will the date of the lightweight throwdown between Michael Chandler vs Tony Ferguson. This bout will represent two action-style fighters who are both former champions and looking to snap their respective losing streaks.

“See you at the top,” Michael Chandler won his last two bouts in Bellator via Knockout, over Sidney Outlaw and Benson Henderson, then made his UFC debut in 2021 with a first-round knockout over Dan Hooker. He then challenged for the vacant UFC title against Charles Oliveira. Chandler scored a first-round knockdown against the Brazilian but was finished in the second round via knockout. Later, at UFC 268 he fought the former interim champion Justin Gaethje in what become the fight of the year. The two went to war in an incredible action-packed bout. Chandler started as a collegiate wrestler but developed a power striking style over time.

“Champ Sh*t Only,” Tony Ferguson has been a major player in the UFC’s modern lightweight division. With a very impressive 12 fight win streak, Ferguson held a UFC interim title. He was scheduled to face for an official UFC championship more than once and has been scheduled to face retired champion Khabib Nurmagomedov on five separate occasions. Each one was canceled due to injuries, weight issues, or a global pandemic. Ferguson is a jiu-jitsu ace who learned unorthodox striking techniques which creates a combination of exciting fights. Some of his wins and action-packed fights include Abel Trujillo, Gleison Tibau, Josh Thomson, Edson Barboza, Lando Vannata, Rafael dos Anjos, Kevin Lee, Anthony Pettis, Yves Edwards, and Donald Cerrone.

Despite the current losing streak, Ferguson is still seeking UFC gold. in a Tweet, he said, “UFC 274 Ticket hype/sales your welcome-Champ -CSO- [Champ Sh*t Only] HODLMF’s ” And on Instagram, the former Bellator champion Chandler said, “If you’re willing to lead the way. If you’re willing to do what others won’t. If you’re willing to take the risks that most aren’t willing to take, you will most assuredly encounter setbacks. But a valiant life of setbacks while daring greatly is much more impactful and satisfying than a timid life lived from the back of the pack. See you at the top!”

UFC 274 will also feature a lightweight title fight between Brazil’s Charles Oliveira defending against Justin Gaethje, of the USA. UFC 274 will be May 7, 2022, at the Footprint Center in Phoenix, Arizona, USA.

Both lightweight fighters at UFC 274 will be looking to end their losing streaks. Each combatant has shared losses to Gaethje and champion Oliveira. Ferguson also holds a recent loss to top-ranked Beneil Dariush. Whether this fight will be a standing brawl, top-side wrestling versus submissions, Michael Chandler vs Tony Ferguson is sure to be an entertaining lightweight scrap.