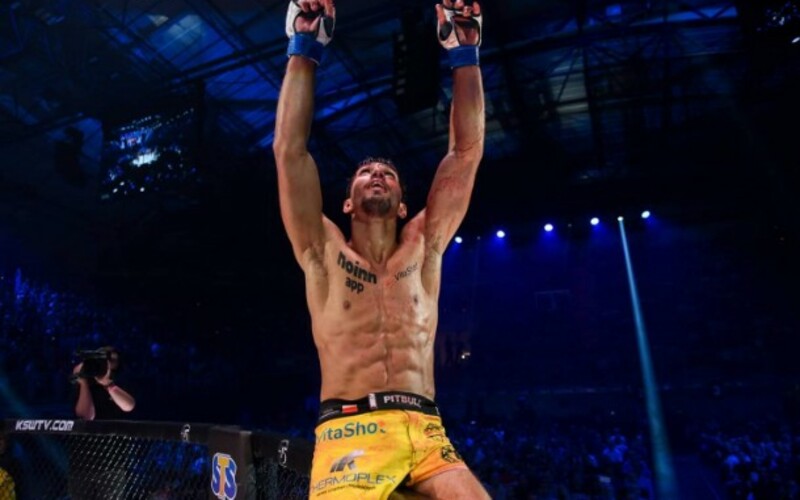 According to Artur Ostaszewski, manager of KSW Lightweight Champion Marian Ziółkowski, ONE Championship is interested in signing his client.

Ziółkowski is the reigning champion of the KSW lightweight division, which has a 70 kg weight limit. Most recently he defended his title against Borys Mańkowski at KSW 66. The 31-year-old “Golden Boy” is an extremely experienced fighter with fights for PLMMA, FEN, and KSW under his belt, who fights in an explosive manner, which attracted the attention of not only the fans but also ONE Championship. Ostaszewski mentioned on his Twitter profile that the promotion would like to talk about the potential signing of the KSW champion, although Ziółkowski is still contractually obligated to KSW.

In English: “I just got an invitation to talk. ONE Championship is interested in Marian. Interesting. PS – we still have a binding contract with KSW. Whatever happens next, for now, we are fighting in Poland.”

‘Golden Boy’ has a 24-8-1, 1 NC MMA record and is currently riding a three-fight winning streak. He has fought Mateusz Gamrot, Mateusz Rębecki, Gracjan Szadziński and Roman Szymański. The 31-year-old is not only the KSW Lightweight Champion but also a former FEN lightweight title challenger and former PLMMA lightweight champion.