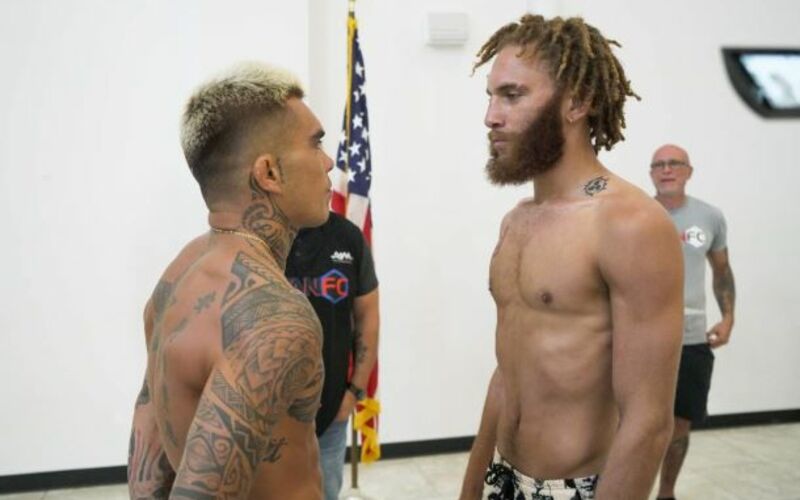 Headlining the card is “Violent Bob Ross” Luis Pena, who is set for his first fight since being cut by the UFC amid legal troubles. He returns to the regional scene tonight in a 160-pound catchweight fight against Zach Zane, a Brave CF, Dana White’s Contender Series, Bellator, BKFC, Eagle FC, and LFA veteran of 26 fights. Pena went 4-3 in the UFC, defeating Alex Munoz by decision in his most recent fight at UFC Vegas 24, while Zane has lost three of his last four across four different promotions.

In the co-main event, Titan FC staple Rami Hamed faces the undefeated Columbian Jimi Diaz Zuleta. The Lebanese Hamed has won two in a row, most recently competing at Titan FC 69, to bring his record to an impressive 10-3. The Brazilian Jiu-Jitsu specialist Diaz Zuleta, meanwhile, has won both of his fights to start his professional career.

Prospect Richie Lewis returns to the cage for the third time as a professional as well, taking on fellow undefeated fighter Kelvin Bowen at lightweight. After a decorated amateur wrestling career, “The Savage” Lewis made his MMA debut last year at Titan FC 68 and has been dominant in both wins, including his first finish in his last fight at Titan FC 71. Bowen, meanwhile, has faced tough competition to start off his professional MMA career, with his opponents holding a combined 20-18-1 record against him going into his prior two fights, and has not been defeated yet.

Luis Pena def. Zach Zane via Submission (Triangle Choke) at 0:59 of Round 1

Richie Lewis def. Kelvin Bowen via TKO (Ground and Pound) at 1:47 of Round 2

Richard Mayol def. Daniel Morrison via TKO (Ground and Pound) at 2:12 of Round 3

Arturo Vergara def. Cody Schieve via KO (Flying Knee) at 0:09 of Round 1