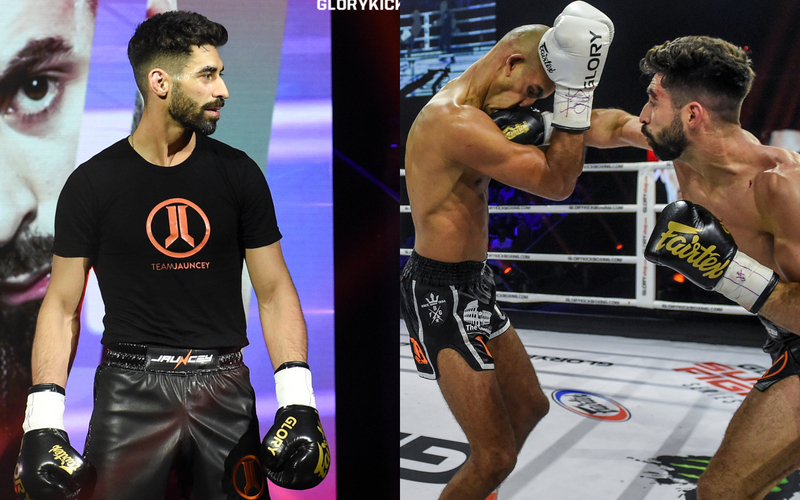 After over 10 years in the pro kickboxing league, Josh Jauncey finally has GLORY gold within his grasp.

The Canadian faces Tyjani Beztati once more, but this time for the GLORY Lightweight title this Saturday, May 14th during GLORY 80 Studio. Jauncey is the current number one ranked lightweight fighter in the famed kickboxing promotion and looks both back through his career and forwards to his second fight against the current champion.

Josh has been waiting for this rematch with Beztati since the latter’s hand was raised back in 2019. “It’s happening,” he said to MMA Sucka’s Tim Wheaton, “I’ve wanted a rematch regardless of whether it’s for the title or not. But I’m even happier with the title on the line.”

Like most athletes, Josh isn’t alone in his preparation for this second matchup. The Canadian stepped away from training with Andy Souwer and grabbed the chance to train at SB Gym with the legendary Said El Badaoui. “I got to pick his brain over my specific style,” Josh comments. Training at SB Gym gave him the opportunity to spar with a variety of different people with different body types and styles – “There are guys from all across Europe out there.”

Aside from training at SB Gym, Jauncey has also enlisted the help of his family who have been there for him since day one of his fighting career.

Jauncey comes from a line of athletes, both active and inactive. His family has been one of his biggest motivations and sources of inspiration throughout his journey in the realm of kickboxing. However, for his upcoming fight, Josh credits his brother, Jay Jauncey, for helping him prepare for the battle to come.

“[Jay] took over from our father when he couldn’t hold up the pads for me anymore,” Josh says, “He has a brain for fighting—more into the analytical side of things. Jay was never really into the fighting aspect of, but I was.”

As for the title on the line? It’s everything to the GLORY Lightweight title challenger, even more to him than money. There has been no other competition title that carries more weight in the eyes of Jauncey than that which he is contending for this Saturday.

Catch the rest of the interview right here: 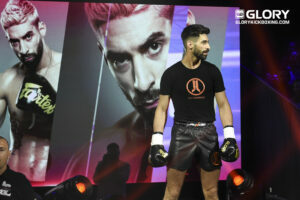 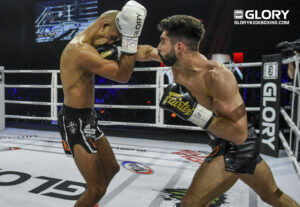