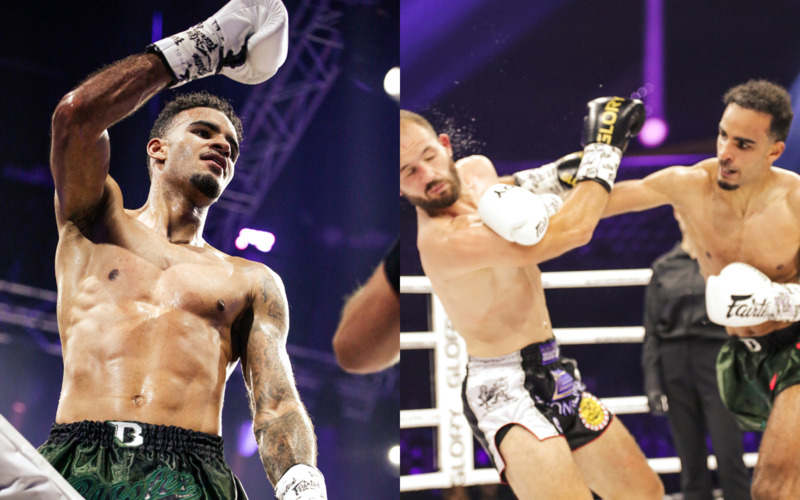 The GLORY Kickboxing Lightweight champion Tyjani Beztati will be looking to defend his title in the main event of GLORY 80 Studio. On Saturday, May 14 Beztati will put his title on the line against Canadian kickboxer Josh Jauncey. Before these two fighters clash in the GLORY 80 Studio main event, the Moroccan-Dutch kickboxer, and reigning champion, sat down with Tim Wheaton of MMA Sucka to discuss this fight.

He is a world champion who is just days away from defending his title, and in this interview he is incredibly relaxed given the context. He has no anxiety or stress coming into this bout. Beztati explained, “You know why, because I’m confident in my abilities… I have stepped in the ring for like more than 75 times… So it’s another day at the office for me. But yeah I feel great.”

“It means a lot,” Beztati also discussed what holding a GLORY world title represents for him, “Because I worked my my ass off for this… Even though I’m still 24 years young, I dedicated my whole life to this, my youth, [my] time, everything.” The reigning GLORY lightweight champion will not be looking to give up this title easy.

Looking to take the title from him is Josh Jauncey. These two fought in 2019 with Beztati getting his hand raised. Now, Jauncey is coming for revenge and looking to capture a title. On fighting for the second time did not seem too concerned. “I don’t think about what he’s going to bring… He needs to worry what I’m going to bring because I’m not the same fighter as three years ago. I’ve improved a lot. And when I say a lot I mean a lot.”

He captured the GLORY championship in 2019 when he defeated American kickboxer Elvis Gashi. Tyjani Beztati will look to defend his GLORY lightweight title at GLORY 80 Studio against Josh Jauncey.  These two kickboxer have tons of experience. Combined these two have fought Sitthichai Sitsongpeenong, Marat Grigorian, Stoyan Koprivlenski, Giorgio Petrosyan, and many other notable kickboxers. This event will be broadcast on Saturday, May 14. See the full interview above.

“I’m blessed that I can do what I do best and that’s perform inside the the ring… Champ way, that’s the only way.” 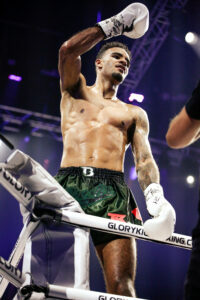 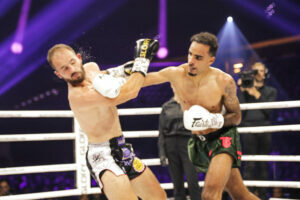 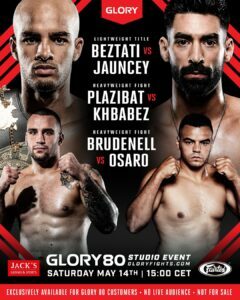