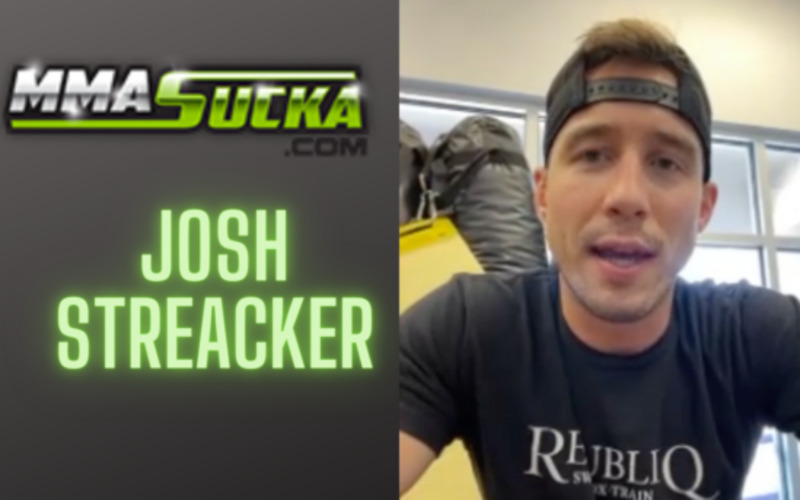 Coming on a two-win streak, Josh Streacker will be headlining this Friday’s FAC 14 card against Dakota Bush. He shares the card alongside atomweight fighter Elle Wagman, who co-mains the card against Kara Vislosky.

Streacker took this fight on short notice, with technically only four weeks to train and prepare for his upcoming bout, but the Illinois native is confident that he’s more than prepared.

Streacker on growing from his mistakes

After losing against Tyler Ray at LFA 80 back in 2020, Streacker admits that he had serious flaws in his fight game that needed to be worked on. Since that rear naked choke loss, he believes he has fixed his ground game – particularly wrestling and jiu jitsu.

“I dove into these things hard during Covid, these past two years. I’m a brand-new fighter; a changed fighter.”

A man of his word, he has proven himself twice now, racking up back-to-back wins against Ryan McIntosh at Colosseum Combat 56 in 2021 and, more recently, against Miguel Jacob during LFA 123 back in February. And despite the four-week notice for this upcoming fight, Streacker feels like he’s trained for closer to eight weeks, citing his tendency to keep ready during his downtime, especially since he was expecting a quicker turnaround with LFA.

“I really want to get this party started. I want to fight, I’m working my ass off here. I told my manager: ‘Hey, keep your eyes open. If we get something end of May – even middle of May – I’ll be ready to go.’,” the fighter said.

“We may not have many big names,” Streacker starts, “but we [at Clay Guida’s MMAStop Fitness] are all super talented.”

The lightweight comments on his realization that MMA fighters need to be well-rounded in order for them to truly succeed in the sport. Streacker emphasizes his focus on training in all aspects of MMA to prepare for his fight against Bush this Friday.

Streacker is confident that, equipped with his multi-faceted training camp, he will be able to dominate in his upcoming fight – so long as he steps up and commands the fight from the get-go. “If I dictate,” he says, “I think I can break him.”

Catch FAC 14 this Friday, 20th May at 8 PM ET on UFC Fight Pass. Watch the rest of the interview on MMA Sucka’s YouTube channel: