Five of the Most Iconic UFC Callouts 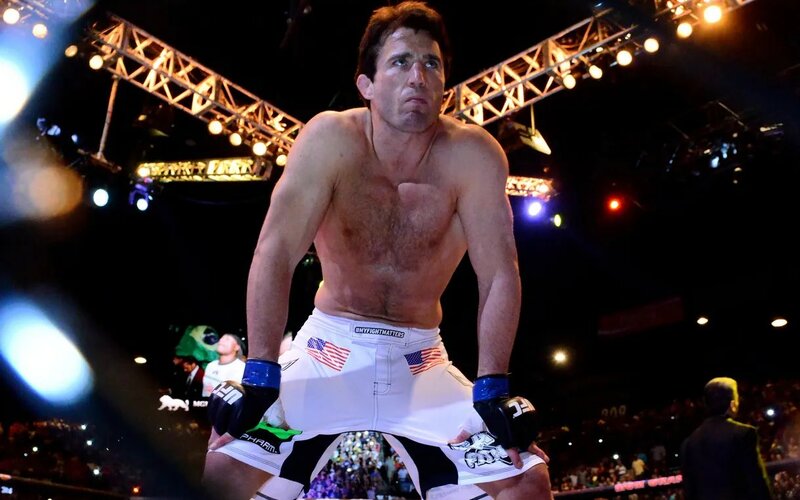 The best marketing tool a fighter has at their disposal is their voice. Whereas a fighter may only compete 2-4 time per year on average, a smart fighter is one that keeps their mouth running in the media and one that paints a clear picture of their future to the fans.

A smart fighter is also an opportunist; someone who, when given the microphone on a big platform like a pay-per-view main card or network television main card, will make the most of their opportunity and make their intentions known. It is not simply enough anymore for a fighter to say, “I’ll fight whoever the UFC puts in front of me,” and with the UFC pay scale being what it is, fighters are incentivized to create as many star-making moments for themselves as possible.

A good call out might even have an effect on the odds from fight to fight. Online sports betting sites, for instance, will always see a ton of public action on a fighter like Conor McGregor or Jorge Masvidal because of their visibility to the casual fan.

Here are five of the most iconic call outs in UFC history, in no particular order.

A good call out doesn’t necessarily have to lead to a fight, as fans saw with Yoel Romero‘s call out of Michael Bisping after knocking out Chris Weidman at the now-iconic UFC 205, the promotion’s debut at the mecca, Madison Square Garden. Romero’s English isn’t even that good, but it didn’t have to be. When it came time to name is next opponent, he pointed to UFC middleweight champion Michael Bisping in a skybox up above as a camera caught Bisping giving Romero the middle finger. From there, magic ensued, with Romero telling Bisping he “loved him” and would “see him soon.” Sadly, these two never got to fight, but if they had, Romero would have likely been favored to win the middleweight championship — weight cut pending.

Nate Diaz – “Unfortunately, We Can’t Talk Like That on Fox”

Profanity-laced tirades are nothing new to Nate Diaz or his fans, but his true star-making moment came at UFC on Fox: dos Anjos vs. Cowboy 2 when he took a unanimous decision victory over Michael Johnson and proceeded to call out the man who would become his arch-nemesis, Conor McGregor. Looking directly into the camera, Diaz told McGregor he has “taken everything he worked for” and is the real money fight. As great of an interview as this was, it bit just a little harder being on network television where profanity is generally frowned upon. Joe Rogan telling Diaz he can’t talk like that on the broadcast put the cherry on top, as Diaz came off exactly as he intended to.

Georges St-Pierre – “I’m Not Impressed by Your Performance”

The antithesis to Diaz’ promo on McGregor is Georges St-Pierre‘s declaration to Matt Hughes that he was “not impressed by his performance.” However, this call out is notable in that St-Pierre didn’t even fight that night, rather, Matt Hughes had just defended his welterweight championship against BJ Penn, finishing Penn in a third-round Fight of the Night showing. However, this was not enough to impress St-Pierre, who was ushered into the Octagon by UFC President Dana White to deliver the now-iconic line. For what it’s worth though, GSP has gone on record to say he regrets this, even though it created a viral moment in the sport during a time where viral moments were needed to improve visibility.

Michael Chandler – “The Most Entertaining Lightweight on the Planet!”

As respected of a champion as he was for Bellator, fight fans have gotten to see a new side to Michael Chandler since entering the UFC. To say Chandler has made the most of his opportunities on the microphone would be an understatement, and his call out of Charles Oliveira, Justin Gaethje and McGregor at UFC 274 earlier this year is one of the best in recent memory. Chandler delivers his lines with passion without coming off as being overly scripted like a Colby Covington or Tito Ortiz, which is not an easy thing to do. Sure enough, he has endeared himself to UFC fanbase in a way once unimaginable, and is now revered for being a fighter who can deliver on fight night while being the very best advocate for himself, something all fighters should aspire to be.

Chael Sonnen might be the greatest talker in UFC history, even more so than McGregor. Everything Sonnen would say in his pre-fight media and post-fight interview with Rogan can be construed as premeditated, but Sonnen generally succeeded at getting under his opponents’ skin just enough without crossing a line. Were his barbs towards the likes of Anderson Silva and Wanderlei Silva personal? Perhaps, but it came from a place of simply wanting to be the best in the world. After defeating Brian Stann at UFC 136, Sonnen took the microphone and delivered the Citizen Kane of Chael Sonnen interviews, telling a cageside Anderson that he “absolutely sucks” and even proposed a “Loser Leaves Town” stipulation to “The Spider” that understandably fell on deaf ears.