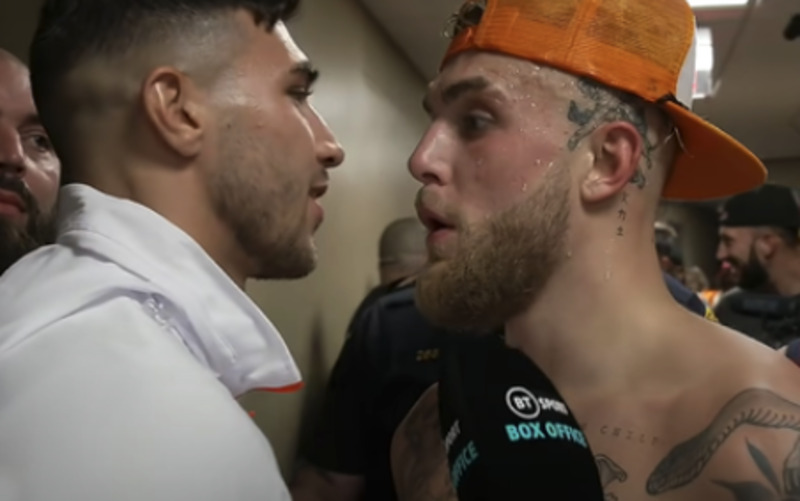 We know that the highly anticipated Tommy Fury and Jake Paul fight has been cancelled and Hassim Rahman Jr will step in to face ‘The Problem Child’ in August. The fight was cancelled after Fury couldn’t get a visa into the US in order to fight Paul at Madison Square Garden. It was believed that all Fury had to do was visit the US embassy in London in order to try and force the fight, but it appears as though he didn’t even attempt to.

Tommy Fury has still not visited US Embassy in attempt to rescue Jake Paul fighthttps://t.co/yLdhKLEQis pic.twitter.com/6vWdiNl2Ad

It was set to be the biggest test of each man’s career and a fight that would finally see Paul take on an actual boxer, rather than a Youtuber, a basketball player or an MMA fighter. Although Paul will now take on Rahmann, an actual boxer with a 12-1 record, it won’t have the same hype as the Fury fight, which itself looks to be cursed.

Speaking to Dazn via Freebets.com, Tommy’s father, John Fury reveals some shocking information about his son’s preparation for the biggest fight of his life.

“He’d only had about 10 days because he’d been on holiday and it was a surprising thing for him.”

‘Big’ John Fury also claimed that his son was “overweight” and “could be fitter” ahead of his August clash with the trash-talking American.

I should sue this fool. Own dad exposes why he pulled out a second time. pic.twitter.com/EdTE8PZXh1

Understandably, Paul was frustrated having heard these claims and hinted that he might sue Fury over the matter. Paul believes that Fury’s training regime, his pre-fight weight and fitness are likely the reason that Fury withdrew from the fight, didn’t visit the US embassy or try and force the fight through. As of yet, Tommy Fury is yet to comment on the matter.