Poll: Who Should Rafael Fiziev Face Next? 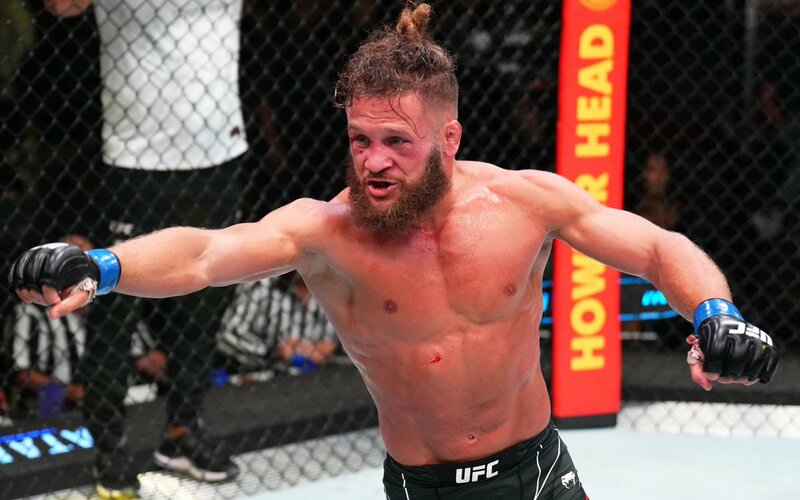 Off the back of his emphatic fifth-round knockout victory over Rafael dos Anjos, it’s instantly got fans asking ‘Who’s next?’ for Rafael Fiziev. After a close, back and forth fight one judge had it 38-38 heading into the final round and two had the fight scored 39-37 in favour of Fiziev. These scorecards weren’t needed, however, after a brutal left hook that sent ‘RDA’ crashing to the mat, Fiziev stamped his authority on not only the fight but made himself a name to be feared at lightweight.

We asked the question to the fans: ‘Who do you want to see Rafael Fiziev fight next?’ and here are the results (and no, we didn’t include Rafael Nadal in the potential opponents):

Who do you want to see Rafael Fiziev fight next? #UFCVegas58

‘The Highlight’ Justin Gaethje has been out of action since being choked out in his title opportunity against Charles Oliveira back in May. He’s 5-2 in his last seven bouts, with the only two losses coming in title fights and both via submission. If he was to face Fiziev, let’s not pretend that the submission threat would be likely. Both men would look to stand and bang for as long as it lasted.

Fiziev wants the Gaethje fight too, stating at his post-fight press conference: ‘That’s a good match for you and me. If you’re ready, and you’re not scared, don’t talk sh*t and let’s go’.

The fight would certainly be all action and with Gaethje currently ranked #3 in the division and Fiziev #10, it’s a fight that could make a lot of sense.

Mateusz Gamrot is certainly a boogeyman in the division. With a record of 21-1, including rattling off four UFC wins in a little over a year, Gamrot could provide Fiziev with problems. Coming off a hugely entertaining win against Arman Tsarukyan, Gamrot showed that he’s one to be taken seriously at 155lbs.

With a takedown average of 4.83 but accuracy of just 35%, Gamrot is relentless in his pursuit of getting the fight grounded. He’s taken everyone down he’s faced, recording 18 takedowns across his five UFC fights. With Fiziev’s impressive 92% takedown defence (which was on show as he defended 14 takedowns from dos Anjos this past weekend), it would provide a brilliant match-up.

Beneil Dariush seems to be the forgotten man at 155lbs. Enjoying a seven-fight winning run, including four finishes, Dariush has been injured and ‘on the shelf’ whilst the division has been sorting itself out around him. Dariush was set to face Islam Makhachev in the main event of the UFC’s February 26th Fight Night card, however, had to withdraw suffering a broken fibula. He was looking to return this summer, however, as he isn’t yet booked, it appears that he will return towards the end of the year.

This timeline could work for Fiziev too as he has some post-fight injuries to deal with, however, nothing too serious. It would be a step up in the rankings for Fiziev too with Dariush currently sitting at #6. A win over Dariush for Fiziev would certainly out him in the title picture.

One of the most exciting fighters in the UFC, Michael Chandler is also in and around the same ranking as Fiziev. The American is 2-2 in the UFC, however, all of his fights have been extremely memorable. We can’t forget that you’re only as good as your last fight and no one can forget Chandler’s last outing where he scored the brutal knockout over Tony Ferguson and we would all entertain a stand-up war between two men who throw nothing but power in Fiziev and Chandler.

For both men, the fight certainly makes sense. Chandler is just two fights removed from his title shot, going 1-1. He’s ranked ahead of Fiziev and if he can get the better of the in-form man, he could rightfully demand a title shot. For Fiziev, a win over Chandler boosts him in the rankings, puts him in the title picture and adds another big name to his record.