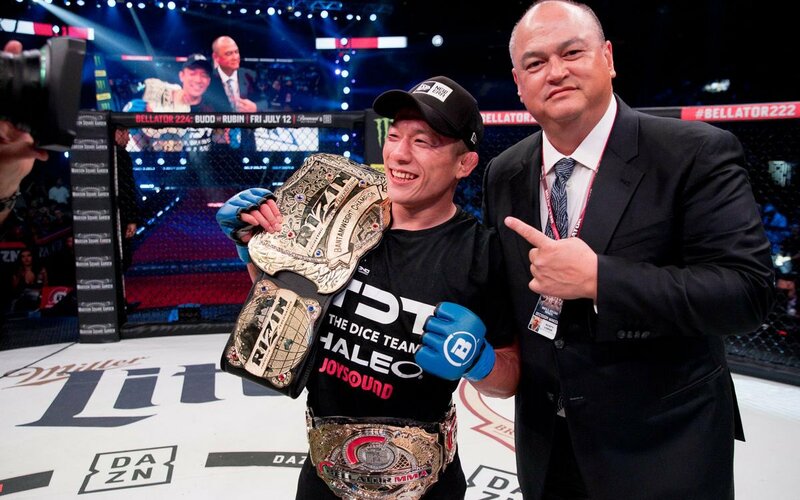 The first part of the double fight card called “Super RIZIN” will begin at noon and the second part, that being RIZIN 38 will start at 5:00 PM JST.

“Super RIZIN” will be headlined by a boxing exhibition bout between Mikuru Asakura and Floyd Mayweather Jr. The event will be streamed overseas, mainly in the United States and the main event is scheduled to take place at 3:00 PM JST. The fight card will also feature five bouts held under different rulesets. This will be the second outing in RIZIN for Mayweather, who beat Tenshin Nasukawa at RIZIN 14 back in 2018.

It was also announced by Bellator’s President Scott Coker that Kyoji Horiguchi will make his return to the RIZIN’s white ring. His last match in the promotion took place at RIZIN 26, where he defeated Kai Asakura in a rematch.

We will be sending former @Bellatormma and @rizin_PR champion @Kyoji1012 to Japan to represent Bellator at an upcoming Rizin event.

Other announcements and streaming details

During the scrum, Sakakibara said that RIZIN and Bellator are working together on a big project.

“I’m working on a big plan with Scott Coker, CEO of Bellator. I hope that it will be an opportunity for RIZIN to make an accelerated start to the world.”

However, no further details about the joint endeavour were given.

The event will be streamed in the PPV model on RIZIN’s live streaming platform and as Video On Demand on the Japanese service ABEMA TV.