A look ahead at Gane vs. Tuivasa 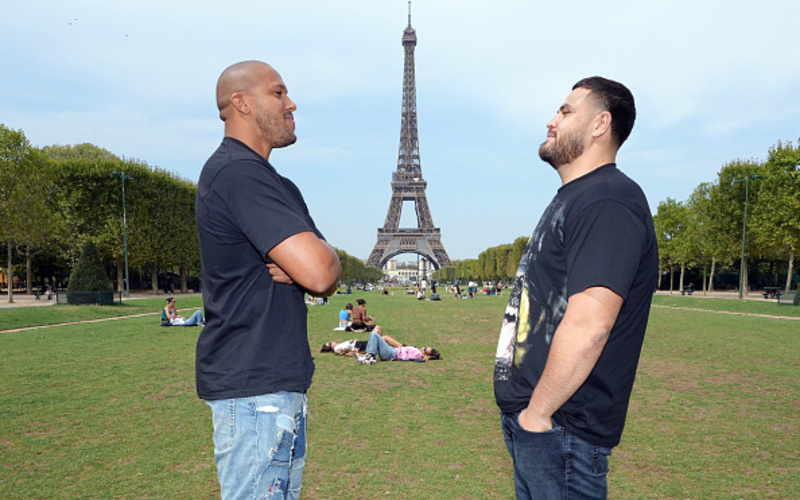 Main eventing UFC Paris this Saturday night is a heavyweight clash between two highly ranked contenders Ciryl Gane and Tai Tuivasa. This is a fight that will have a major impact on the landscape of the heavyweight division and will shape the title picture for the foreseeable future.

Both Gane and Tuivasa are strikers and by preference, neither ever really utilising their ground game to any real extent in the UFC. While Gane does possess a record that would indicate a very balanced skill set with 4 knockout victories and 3 submission victories as well as 3 decisions. It is worth noting that all of these submission wins bar one were achieved outside of the UFC. Compare that with the zero submission wins of Tuivasa with the Aussie’s 13 KO’s and it is clear that Gane is the more comfortable of the two on the ground and still is capable of utilising a variety of submission techniques as can be seen in the Frenchman’s last fight against Francis Ngannou where he managed to put the champ in real trouble in the 5th round with a heel hook.

As strikers, they also possess vastly different styles. Gane is a technical striker who likes to pick apart his opponents with a variety of techniques. Formerly a muay thai fighter, elements of muay thai can be seen across Gane’s game such as his stance, use of knee and elbow strikes as well as his work in the clinch. Gane is a large heavyweight who stands at 6ft 4 inches tall and boasts an impressive reach of 81 inches. This will give him a noticeable reach advantage over Tuivasa who is a couple of inches shorter and is at a major 6-inch reach disadvantage. Gane will look to use his range to keep himself away from the power of Tuivasa and pick him apart wherever he can. He has shown before that he has the skills to remain elusive in a fight and his footwork ensures that he is consistently able to land on opponents who are unable to return strikes to him.

This apparent advantage in striking as well as a clear superiority on the ground would suggest on paper that this fight will be an easy win for Gane, and indeed a quick look at odds provided by bookmakers would suggest that this is the expected outcome.

However, Tuivasa possesses a quality that is the ultimate equaliser in the fight game and if used correctly trumps all levels of skill- Pure power. A quick look at the highlight reel of ‘Bam Bam’ showcases a series of devastating KO’s where in some cases his opponents are thrown across the octagon due to the power in his strikes.

Not only his in his hands, but Tuivasa also is fond of throwing leg kicks in his fights and these kicks can quickly debilitate a fighter’s movement and leave them unable to move out of the way of the knockout punch aimed at them. While not being as technical of a striker as Gane, Tuivasa is certainly no novice and has shown to be capable of using a wide variety of striking techniques in the UFC such as flying knees as well as massive elbows and the previously mentioned leg kicks. If Tuivasa can land these leg kicks and eliminate the movement of Gane that will seriously hurt the Frenchman’s chances of winning the fight as there are not many fighters on the planet who are able to stand toe to toe with Tuivasa and trade blows with him, as Derrick Lewis and Greg Hardy found out to their own detriment.

Ultimately, Gane is the bookie’s favourite to win the fight and possesses the more complete skill set of the two. He has multiple ways to win the fight being able to take Tuivasa down without relative fear of being submitted as well as being able to out-move, remain elusive on the feet and pick Tuivasa apart.

Yet Gane does not possess the shattering power that Tuivasa has and if he is caught with a shot early on or his movement is impaired by leg kicks and he finds himself in a standing battle trading blows with Tuivasa then he is in for a very long night, either way, whoever wins the fight is setting themselves up nicely for a shot at the heavyweight crown or at least a number 1 contenders fight.