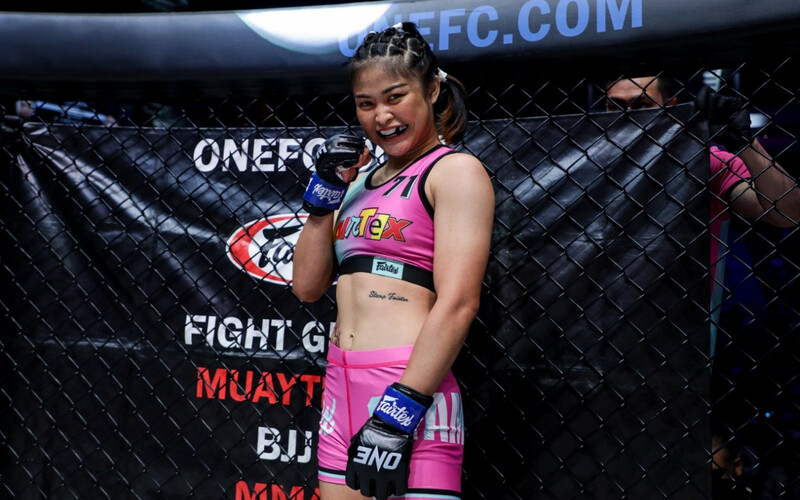 Stamp will return against Jihin Radzuan at ONE on Prime Video 2: Xiong vs. Lee III. The Thai superstar sees the platform as a massive opportunity to rebound from her loss and cultivate more fans in the United States.

“I’m very excited for the collaboration between ONE and Amazon Prime Video. This will let American people know more about me, and it is a good time to showcase my ability. Also, I can extend my fan base,” said Stamp.

Against Radzuan, Stamp will be defending her #1-ranking as the atomweight’s top contender, but she is purely focused on bringing her best self to the Circle on Prime Video. Although she has broken down Radzuan’s game, Stamp plans to emphasize her world-class Muay Thai when the bell rings.

“As usual, I will bring some heavy Muay Thai weapons to the fight. I intend to utilize my sharp and swift weapons like elbows and knees rather than kicks because I’ve seen that she likes to catch her opponent’s legs. I will kick less and use heavier and sharper weapons to stun her. And, she won’t be able to put pressure on me,” said Stamp.

“I will defend myself from her takedown and always try to stay in the middle of the cage, avoiding my back from touching the cage wall.”

The charismatic star craves a knockout in her return outing. Not out of malice, but the Thai sensation wants a $50,000 bonus attached to her name at the end of the night. Regardless of her desires, the win is of the utmost importance.

“Yes, victory means a lot to me in this fight. If she beats me, she may take away the #1 position from me. Of course, I won’t let her do that. I’ve been training so hard to maintain my #1 position so that I could challenge Angela Lee again,” said Stamp.

“This is not a feeling of pressure. For me, it’s more like a driving force to let me surpass the limit.”