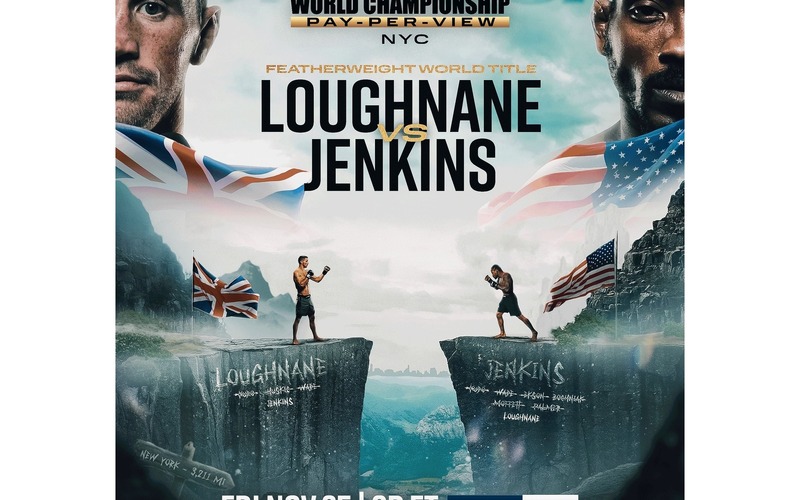 Brendan Loughnane and Bubba Jenkins will look to etch their names in the PFL history books when they compete for the PFL 2022 featherweight championship on Friday.

PFL 10 2022 will be held at the Hulu Theater at Madison Square Garden in New York City, with the prelims starting at 5:30 p.m. ET. Loughnane and Jenkins are set to collide in the co-main event, just ahead of Kayla Harrison and Larissa Pacheco‘s women’s lightweight title bout.

Loughnane (25-4 MMA) and Jenkins (19-5 MMA) are both first-time PFL finalists who went undefeated in 2022. The similarities do not end there. Both made their PFL tournament debuts in the 2021 season, where they were both eliminated in the semifinals round.

Loughnane, in 2021, lost his semi-finals bout to eventual champion Movlid Khaybulaev. Khaybulaev did not compete in 2022 because of an injury.

Jenkins earned unanimous decisions over Kyle Bochniak and Reinaldo Ekson in the regular season. He submitted Kudo via rear naked choke in less than two minutes in the semi-finals. Jenkins lost to Wade in last year’s semi-finals.

Loughnane enters as the favorite to win the five-round bout at -175, while Jenkins is the +150 underdog. On Tapology, 72 percent of more than 1,000 pickers like Loughnane to capture his first PFL championship.

Both finalists spoke ahead of the event at a press conference.

“I just truly believe I’m the better mixed martial artist all around. I’ve been doing this sh*t longer,” Loughnane said.

Jenkins said this will be his year.

“We’ve done everything in this camp to be well rounded… I believe I will be putting all of my attributes on display.”

The banter leading up to their fight has been friendly but Jenkins knows the stakes of $1 million can mean a lot for him and his family.

“Love or him or hate him, I’m gonna knock his head off for a million dollars,” Jenkins said joking. “I like him but I love my children.”

Check out MMASucka’s interview with Loughnane from a few months ago: