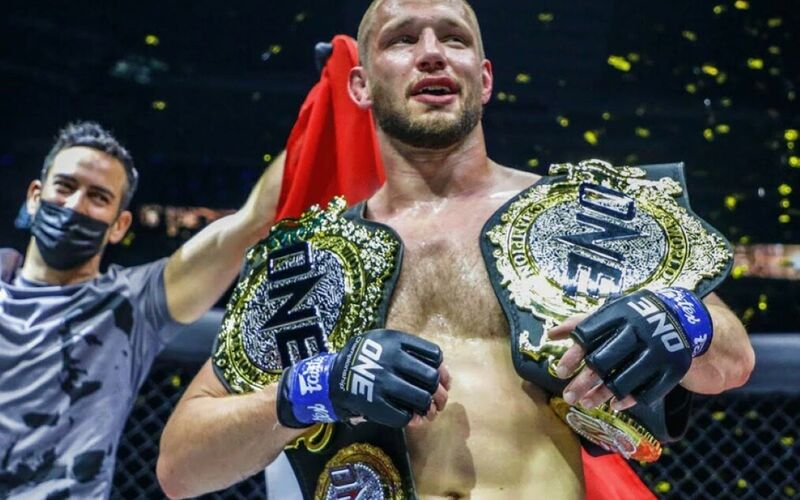 One of the sport’s pound-for-pound best athletes will return to U.S. primetime on Friday, December 2, at ONE on Prime Video 5. ONE Light Heavyweight and Middleweight World Champion Reinier De Ridder will defend his light heavyweight title for the first time at the event, free for all U.S. and Canadian Amazon Prime members. Standing opposite the Circle from him will be another unbeaten ONE Championship champion, ONE Interim Heavyweight World Champion Anatoly Malykhin.

It is an exciting main event title tilt for the Dutchman. De Ridder has been calling for a matchup against a heavyweight for months, and although the match is for his light heavyweight gold, this is a chance to show the world how he can do against a heavyweight elite. Even with Malykhin dropping down in weight, “The Dutch Knight” expects the size difference to be to his advantage.

“It’ll be noticeable. But it will feel like I’m the bigger guy because I’m the taller, lankier guy. I’ll be stronger in the clinch, so it doesn’t really factor into it. But there is, of course, every guy is more open to certain moves, and he’ll be open to certain takedowns more than he is open to different ones. And I’ll adjust accordingly,” said De Ridder.

The defending champion is conscious of the Russian’s power. Malykhin has had explosive results inside the Circle, but he also has a wrestling background. The grappling does not phase De Ridder. He says even though Malykhin is bulkier, there is nothing to be concerned about.

When looking at where he can be in trouble on the feet, “The Dutch Knight” sees similarities to one of his former opponents in ONE. De Ridder will fall back on his experience against former two-division World Champion Aung La N Sang. His past experience against “The Burmese Python” will give him insight into how to combat the raw power Malykhin possesses.

“Well, as I said, he is dangerous, so I really need to watch everything and be very sharp. But he’s not special. He has a hard right hand, pretty similar to Aung La. He needs a little bit of space to leap in with a large, loopy right hand, which he catches people with pretty often. And then Aung La has better kicks. And he has a better left hand, better left hook. So striking-wise, I need to get close in my range. Keep him at the end of my punches. Be sharp, and make sure I mix it up with my takedowns,” said “The Dutch Knight.”

The unconquered De Ridder is ready to put on a show for the Prime Video audience. His confidence is impeachable ahead of the main event, and he hopes this will put him at the top of the list for ONE Heavyweight World Champion Arjan Bhullar. De Ridder’s plan to make history as the sport’s first-ever three-division World Champion would receive a monster boost if he can take out Malykhin.

And the plan is to do so as quickly as possible. “The Dutch Knight” is preparing to go into the deep waters but expects not to make it out of the shallow end before exiting the pool with another title defense. De Ridder sees another submission finish to continue to establish himself as the top dog in the sport.