What We Learned From ONE on Prime Video 5 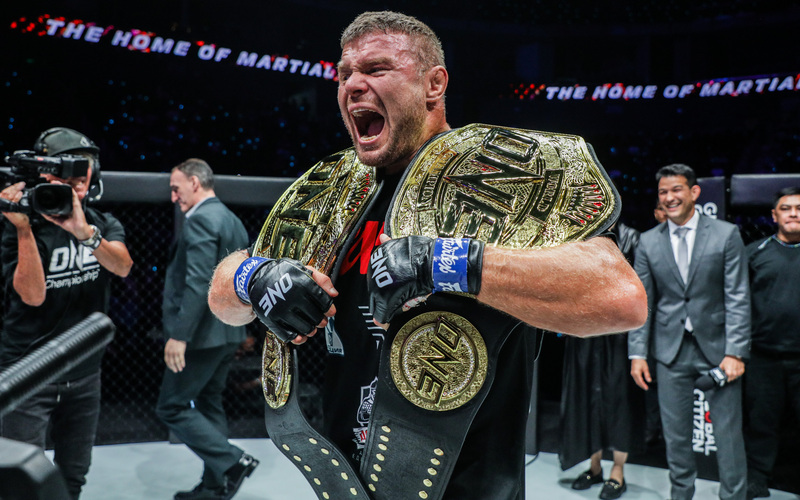 ONE Championship returned to Manila and the Mall of Asia Arena for the first time since early 2020 on Friday, December 2. The nine-bout event was capped off by a commanding victory by Anatoly Malykhin over Reinier De Ridder, but it was not the only matchup that dazzled the audience. The jam-packed crowd roared endlessly through the night.

After knockouts, submissions, and contested three-round battles, the night finally came to a close with a new ONE Light Heavyweight World Champion. But what did we learn from ONE’s final Prime Video card of 2022? After some reflection on what it all meant, it’s time to answer that question.

Here are three things we learned from ONE on Prime Video 5: De Ridder vs. Malykhin.

Malykhin Is Something Special

Anatoly Malykhin is now a two-division World Champion after crushing Reinier De Ridder in the first round. But it was how he did it that left fans awestruck and signified we are watching a special talent in real-time.

De Ridder got in close and tested the waters for a takedown, but in no way, shape, or form did Malykhin budge. He was an immovable rock. Once “The Dutch Knight” felt that anyone could see the expression on his face change. That expression change was helped along by thudding power punches from the Russian.

The end came with Malykhin knocking De Ridder out. And he never broke a sweat. The performance was so impressive ONE Chairman & CEO Chatri Sityodtong gave him two bonuses worth $100,000.

Malykhin has all the tools that make him one of the best talents in the world. The unbeaten Russian is powerful, has excellent technique on the feet, and is accomplished on the mat as well. If he has another year like 2022, the discussion around Malykhin could switch to where he ranks not just in current day but on all-time lists.

“Reug Reug” Oumar Kane is a physical specimen, and he took the social media world by storm before coming into ONE. Although he got off to a quick start in the promotion, the Senegalese star quickly learned there are levels to the game.

For some, that is their ceiling, and the bloom comes off the rose. But Reug Reug has shown improvements in his last two bouts inside the Circle.

The 30-year-old is still young in the game and is still learning at a rapid pace. He has the physical tools to be a problem for any heavyweight in the world, and as he adds technique to his power, he will become a tough out for the elite of the division.

Kane deserves credit for improving his cardio and expanding his skill set. He has not rested on his laurels and wants to become a true contender at heavyweight. His showing in Manila was a statement that he is here to stay and not just a short-term social media darling.

Soldic Didn’t Get An Easy Debut

Roberto Soldic did not have the standout debut he was looking for, and the bout against Murad Ramazanov was cut short following a knee to the groin. However, we did see in the early portions of the matchup that Soldic had his hands full with the unbeaten Russian.

Ramazanov did not get put into early trouble on the feet, and he completed a takedown on the highly-regarded Croatian. Although Soldic was able to get back to his feet, Ramazanov was still attached to him in the clinch.

The battle between the two welterweight talents could have gone any number of ways, but the thought that “Robocop” would come right into ONE and dominate has to be thoroughly put away. That is clearly not the case.

Without question, we need to see a rematch between these two at the earliest possible moment. Ramazanov’s early takedown against Soldic adds a little more intrigue into a likely rematch. We know it won’t be an easy night at the office for Soldic, and we all want to see him tested against the upper echelon.