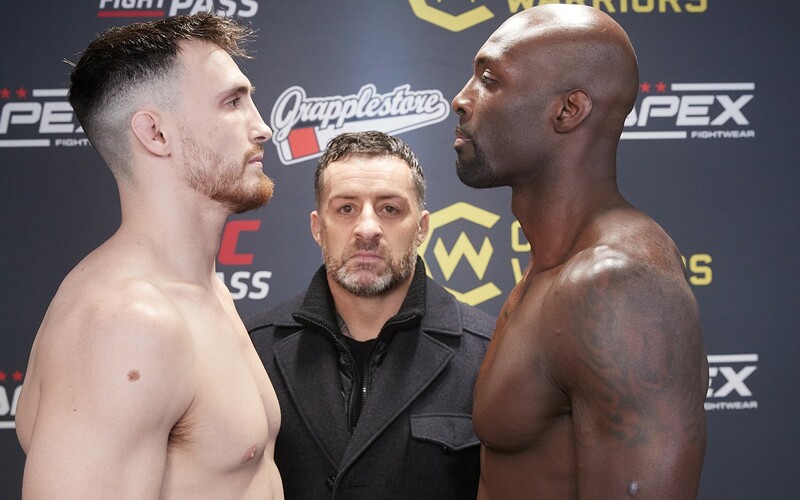 The final major event of 2022 comes to fight fans live from the Indigo at the O2 in London, as Cage Warriors 148 goes down with a stacked 11-fight card.

The main event was originally supposed to be a middleweight title fight between champion and hot prospect Christian Leroy Duncan, who would have been defending his title against TUF 25 winner Jesse Taylor. However, Taylor was injured in a hit-and-run this morning and was forced to pull out of the fight.

Jesse Taylor is out of his fight with Christian Duncan. Modestas Bukauskas vs Chuck Campbell is your new main event for #CW148. @GrahamBoylan has the latest 👇 pic.twitter.com/UsXkQjDSLZ

The main event is now a fight for the vacant light heavyweight title between four-fight UFC veteran Modestas Bukauskas and Bellator veteran Chuck Campbell. Bukauskas is looking to regain the title that he held before signing with the UFC, where he had a 1-3 run. In his most recent fight, he picked up a unanimous decision victory over Lee Chadwick at Cage Warriors 145. Campbell, meanwhile, started his career at 2-1 in Bellator, where a split decision loss to Tyree Fortune spelled the end of his tenure with the promotion. Since then, he has gone 3-0 with one no-contest, most recently grabbing a first-round stoppage win at Cage Warriors 146.

The preliminary card also looks to be action-packed. The headliner is a flyweight title fight, as champion Sam Creasey defends his title for the second time against “Superman” Shajidul Haque, who returns to the promotion for the first time since losing to Jake Hadley in 2020 but currently riding a four-fight win streak.

MMA Sucka has fight fans covered with Cage Warriors 148 results, with the preliminary card beginning at 1:30pm ET/10:30am PT followed by the main card at 4pm ET/1pm PT. All of the action can be seen on UFC Fight Pass.

Tobias Harila def. Damon Wilson via TKO (Right Elbow and Punches) at 1:33 of Round 2

Darren Stewart def. Guilherme Cadena via TKO (Ground and Pound) at 2:07 of Round 1

Dario Bellandi def. Justin Barry via TKO (Ground and Pound) at 3:32 of Round 1

Chasen Blair def. Helio Hernandez via TKO (Punches) at 0:12 of Round 1

Omiel Brown def. Junior Orgulho via TKO (Ground and Pound) at 0:12 of Round 2