MMA Fighters Who Passed Away in 2022 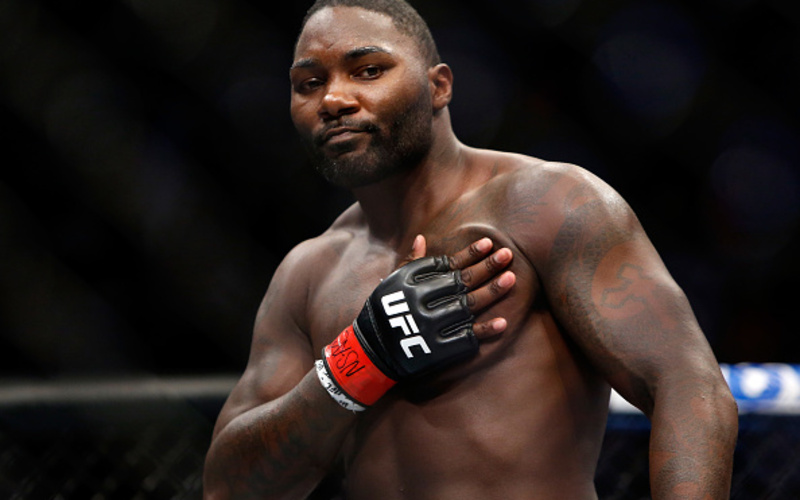 A year filled with many highs in the mixed martial arts community also shared its moments of heartbreak. Numerous faces passed away throughout 2022 sending shockwaves across family, fans, and personnel worldwide. We at MMASucka give our deepest condolences to everyone impacted by the tragic deaths of these talented athletes as well as the many unmentioned martial artists who lost their life.

The following list is presented in chronological order beginning in January and ending in December.

Maiquel Falcao (Born: March 8, 1981) had his professional beginnings kick off in April of 2004 moving to an MMA record of 25-3, 1 NC before making a one-time appearance in the UFC. He would go on to win Bellator MMA’s 2012 middleweight tournament and fight for the divisional championship against Alexander Shlemenko in early 2013 losing by second-round knockout. Falcao secured his one and only title in May of 2019 for the Serbian Battle light heavyweight championship over Igor Pokrajac. It also stands as his last professional win.

An altercation outside a bar turned deadly as Falcao was fatally stabbed on January 23rd in his hometown of Pelotas, Brazil. He was 40 years old.

Christian Lubenga (Born: March 16, 1996) was a graduate student pursuing his Master’s in Business Analytics from the University of Bridgeport in Connecticut. Training at Black Wolf Martial Arts, the youthful 25-year-old was targeting an MMA career in hopes to become the UFC’s first-ever champion from the Democratic Republic of Congo. In 2019, he married Margaret Anderson and was a loving father to their son, Gabby.

Barrington Patterson (Born: August 25, 1965) became an activist combating homelessness, knife crime, and gang activity within his Birmingham, England community after spending early years of life addicted to violence. A nickname known for being blind in his left eye, “One Eyed Baz” claimed a bronze medal in kickboxing’s 1996 W.A.K.O. European Championship before transitioning to MMA. Patterson amassed four victories and four defeats from 1999 to 2008, finishing off his career with a unanimous decision over Dutch veteran Robert Schrijber.

Despite attempted resuscitation, 56-year-old Patterson would pass away from a heart attack in the early morning hours of March 22nd at his family home.

One day after his 64th birthday, Zouev would succumb to heart disease on May 21st.

Mariusz Linke (Born: July 31, 1969) became a black belt in Judo as well as the first-ever Polish black belt in Brazilian Jiu-Jitsu. Training under the likes of notable veteran Jorge Patino, he would go on to capture a prestigious number of jiu-jitsu titles including gold medals at the 2014 and 2015 European Championships and the 2015 Pan American No-Gi Championship. Amongst the regional scene, Linke compiled eleven wins in 16 professional MMA fights with ten by way of submission.

Complications from staph infection led to myocarditis resulting in Linke’s death on May 30th at age 52.

Tomasz Walentek (Born: November 18, 1985) spent his early years as a military paramedic with deployment in both Kosovo and Afghanistan. He later would go on to have a short tenure competing in MMA winning tournaments and a Gliwice championship all as an amateur.

Walentek had been a volunteer combatant for the International Legion of Ukraine aiding in the Russo-Ukrainian War. An artillery attack from armed Russian forces resulted in the 36-year-old’s killing on July 17th.

Ivan Gene LeBell (Born: October 9, 1932) practiced various martial arts at a young age before finding success as a black belt in Judo where he captured numerous championships during the 1950’s. Following his brief stint at professional wrestling, he partook in what is considered America’s first televised MMA fight against former boxer Milo Savage in December of 1963. The fight would go in favor of LeBell taking the win by rear-naked choke in his only professional MMA appearance. LeBell furthered his dynamic career as wrestler and owner of NWA Hollywood Wrestling from 1966 to 1982, a referee, a stuntman and actor in hundreds of motion pictures, a fight manager, an author, a 9th degree black belt in Brazilian Jiu-Jitsu, a 10th degree black belt in Kyokushin, and a martial arts instructor with students ranging from grappling legend Gokor Chivichyan to former Olympian and UFC bantamweight champion Ronda Rousey.

LeBell passed away on August 9th in his sleep at 89 years old.

Elias Theodorou (Born: May 31, 1988) of Ontario, Canada started his professional MMA career with eight straight victories before joining The Ultimate Fighter Nations: Canada vs. Australia. He would go on to win the season’s middleweight tournament over Sheldon Westcott and compile an 8-3 record with the UFC staying regularly ranked between the top ten and top twenty at 185 pounds. Theodorou had appeared on season of The Amazing Race Canada with his ex-girlfriend as the first couple eliminated. The fan-favorite worked as “ring boy” for Invicta Fighting Championships and was a cannabis activist becoming the first professional athlete in Canada (Jan. 2020) and the United States (May 2021) to receive a therapeutic use exemption by each respected Commission.

After a private battle with stage four colon cancer that ultimately metastasized to his liver, Theodorou would pass away at 34 years old on September 11th.

Antonio Inoki (Born: February 20, 1943) began his career professional wrestling as a disciple under WWE Hall of Famer Rikidozan. He would go on to have massive successes as one of the world’s greatest professional wrestlers competing in Japan Pro Wrestling Alliance and his two founded promotions, New Japan Pro-Wrestling and Inoki Genome Federation. On June 26th, 1976, Inoki would battle boxing great Muhammad Ali in his one and only MMA fight titled “The War of the Worlds.” The fight, refereed by the late and aforementioned Gene LeBell, went to a fifteen-round draw and was watched by a television audience of over one billion viewers which later was deemed influential to MMA’s ultimate popularity. Inoki was an avid member in politics for two different stints of twelve years and appeared in mass Japanese media.

A rare disease known as systemic transthyretin amyloidosis led to Inoki’s death on October 1st at 79.

Katsuya Kitamura (Born: December 14, 1985), after wrestling in college at Senshu University, spent the early part of his career as an amateur winning numerous national championships throughout Japan. Following a two-year anabolic steroid ban in 2011 took away his chance at competing in the Olympics, Kitamura transitioned to bodybuilding and professional wrestling. Known by his nickname “Wrestling Monster,” he competed with New Japan Pro-Wrestling dojo taking part in a multitude of tournaments from 2015 to 2019 until retiring after a cerebral concussion. His one and only MMA fight came at RIZIN 32 in November of 2021 losing to Bobby Ologun by rear-naked choke.

Kitamura suffered a drastic decline in health resulting in his unexpected passing on October 12th at 36 years of age. A cause of death has yet to be publicly announced.

On October 30th, Pisarev was found deceased at 33 years of age in his apartment after complications believed to have resulted from food poisoning. An investigation remains underway.

Anthony Johnson (Born: March 6, 1984) began wrestling in high school and later found success at Lassen College winning a junior national championship. His transition to MMA would prove successful going on to compete in 18 fights with the UFC, three fights in Titan Fighting Championships, and his final career fight in Bellator MMA. His dangerous striking power resulted in 17 of his 23 professional wins by knockout including twelve in the first round. Johnson fought UFC Hall of Famer Daniel Cormier on two separate occasions for the promotional light heavyweight championship in 2015 and 2017. The final in-cage fight for “Rumble” was a second-round quarterfinal knockout over Jose Augusto Azevedo in May of 2021 before withdrawing from Bellator’s light heavyweight tournament due to illness.

Johnson passed away at 38 years old from organ failure due to non-Hodgkin’s lymphoma and hemophagocytic lymphohistiocytosis on November 13th.

Jason David Frank (Born: September 4, 1973) was known worldwide for his portrayal of Tommy Oliver in Mighty Morphin Power Rangers and the entire Power Rangers franchise acting in multiple television shows, movies, and video games across 26 years. His experience in martial arts was incredibly vast as an 8th degree black belt in Shotokan Karate, a black belt in Wado-ryu Karate, Taekwondo, and Judo, a purple belt in Brazilian Jiu-Jitsu, the owner of Rising Sun Karate, and the founder of Toso Kune Do. Frank’s time in MMA lasted eight months in 2010 winning his four amateur fights and one professional fight all by stoppages inside the first round.

Jerald Gregori (Born: April 14, 1994) found his love for martial arts as a two-time Junior Golden Gloves boxer holding the fastest recorded knockout in Montana. The Great Falls native competed as an amateur in MMA from 2013 to 2020 compiling a record with two wins and six defeats. Gregori also made four appearances inside Bare Knuckle Fighting Championships, his last fight coming in April of last year.

On November 24th, Gregori took his life at 28 years old.

Stephan Bonnar (Born: April 4, 1977) dabbled in various martial arts growing up before finding his footing in MMA. Bonnar competed on season one of The Ultimate Fighter, advancing to the tournament final on April 9th, 2005. His bout with victor Forrest Griffin would go down as one of the greatest and most important fights in both UFC and MMA history, the fight later inducted in the UFC Hall of Fame. Fighting under his nickname, “The American Psycho,” Bonnar finished his career with 15 wins in 24 fights, his last professional fight coming in November of 2014. Recent years for Bonnar included professional wrestling, analyst work, and running Minnesota’s North Star Combat as promotional president.

Heart complications resulted in Bonnar’s death at 45 years of age on December 22nd.

Tanner Marlow (Born: July 19, 1992) was a prospect on the rise who showed great potential in MMA. Bearing the same nickname as Stephan Bonnar, “The American Psycho” was undefeated as a professional with four victories each by stoppage from strikes. His last bout fell in June of last year defeating Joel Guzman in his Legacy Fighting Alliance debut.

30-year-old Marlow was murdered on December 24th, Christmas Eve, while defending his girlfriend after her ex-partner committed an invasion at their Bakersfield, California home. The perpetrator was killed by Marlow.

Victoria Lee (Born: May 17, 2004) was the sister of current ONE atomweight champion Angela Lee, current ONE lightweight and welterweight champion Christian Lee, and 18-year-old amateur talent Adrian Lee. After capturing many Hawaiian world championships in Pankration and wrestling, the rising star made her ONE Championship debut becoming the promotion’s youngest-ever MMA fighter on the roster. Lee made three appearances at different Singapore events in 2021 winning each by stoppage inside two rounds. Her time was spent training under United MMA and Evolve MMA while helping her family run United BJJ Hawaii in Waipahu.

Lee passed away on December 26th at 18 years of age.

Abdul-Kerim Edilov (Born: November 25, 1991) totaled 17 wins in MMA from March of 2010 to September of 2017 including a first-round submission over UFC’s most recent light heavyweight champion Jiri Prochazka. His last appearance would come under the UFC banner winning and ending an eleven-fight win streak before transitioning to boxing. Edilov served as an associate to controversial Chechen dictator and warlord Ramzan Kadyrov.