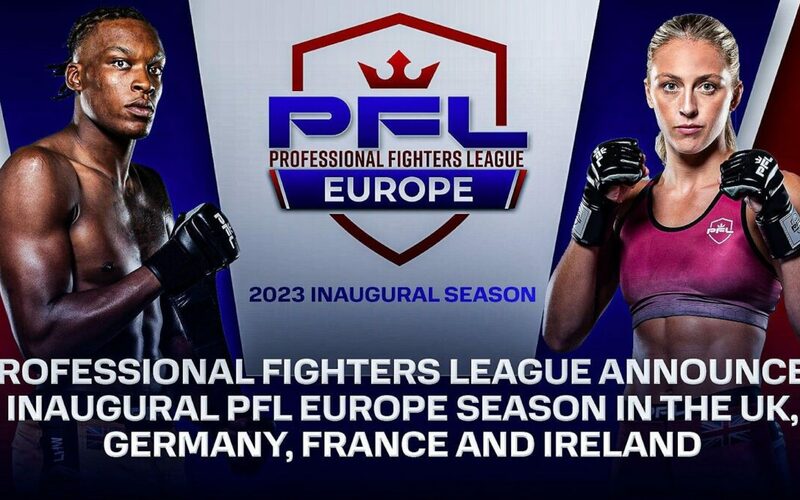 The PFL made waves in 2022 and they’ve started 2023 with a bang too. Today, they announced the inaugural PFL Europe Season Schedule. Along with the signing of Jake Paul and the Superfight league, they’ve certainly started the year well.

As per a press release, CEO, Peter Murray stated: “PFL Europe’s inaugural season schedule is set, and MMA fans in 2023 will experience Europe’s best MMA fighters competing in the PFL’s true sport format live on DAZN“. He went on to say, “PFL Europe Regular Season events will be staged in Newcastle, UK in March, and Berlin, Germany in July. Semifinalists will then compete in a single elimination Playoff event in Paris, France, in September with the winners advancing to the PFL Europe Championship in Dublin, Ireland in December“.

The PFL is continuing with their deal with DAZN, despite the streaming platform announcing a $2.33 Billion loss in 2021.

What we know about the Europe Season so far

As Murray stated, the PFL will visit the Vertu Motors Arena in Newcastle, UK, on March 25th, and the Verti Music Hall in Berlin, Germany on July 8th. They will then travel to Zenith Paris, France on September 30th before finishing up at the 3Arena in Dublin, Ireland on December 8th.

The UK and Germany dates will mark the regular season match-ups, the playoffs will be in France and importantly, the finals will be in Ireland.

It will feature a ‘win and advance, lose and go home‘ model, meaning that every fighter has to turn up each and every time they fight. After the four events, the four champions (one from each weight class) will win $100,000 and a chance to earn a spot in PFL’s $1 million global season.

Image courtesy of the PFL.