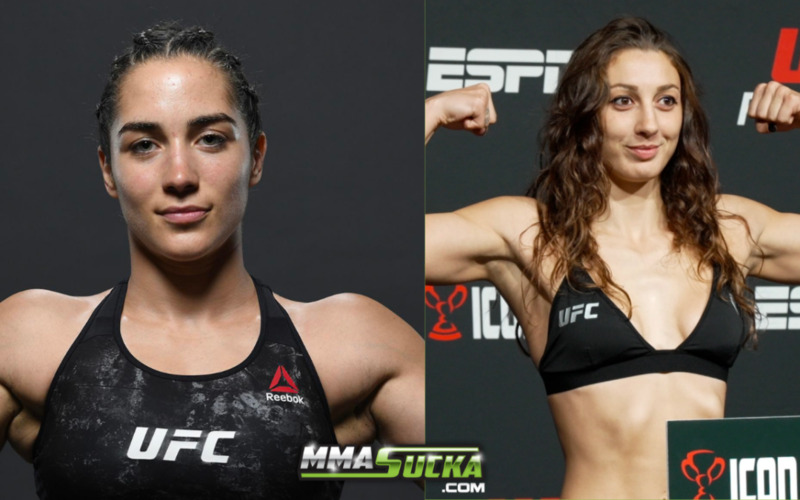 Veronica Macedo returns to action for the first time in three years to face TUF Season 30 winner, Juliana Miller. The news first broke when Miller told Xaria Bloom on the Outside the Box Podcast. Macedo’s record sits at 6-4, however, she’s been extremely inconsistent. Miller, at 26, has a record of 3-1, however, has an amateur record of 6-0.

Macedo joined the UFC back in 2016 on short notice against Ashlee Evans-Smith. She was best known prior to her UFC days for her devastating head kick knockout over Chrissy Audin in her amateur days. Macedo is extremely well-rounded, having previously trained out of MMA Factory in Paris. She’s faced some solid names at flyweight including Andrea Lee and Gillian Robertson.

She had announced her retirement from the sport following a unanimous decision loss to Bea Malecki back in 2020. She was suffering from concussion symptoms. She’s since moved to the UK and recently announced that she has married former UFC title challenger, Dan Hardy. We expect her to train out of Nottingham alongside Hardy and CageWarriors interim welterweight champion, Jimmy Wallhead at their gym.

It will be good to see Macedo back down at 125lbs as she was massively undersized against Malecki at bantamweight last time out. 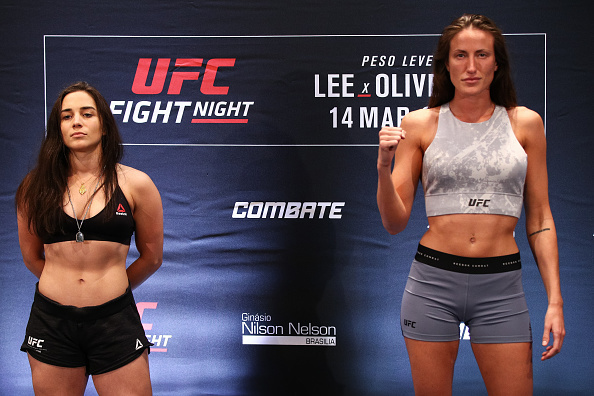 Juliana Miller makes her official UFC debut in London as her last outing was in the TUF finale. On this occasion, she finished Brogan Walker in dominant fashion via ground and pound in the final round. She’s a slick grappler and has massive experience in competing in a wide range of grappling tournaments. Walker competed at Medusa 1 back in October 2021 and SUG 28.

Walker went 1-1 in Invicta before going on TUF, where she went 3-0.

Who do you have in this one? How much will the layoff affect Macedo? Can Walker really make a run in the UFC? Let us know in the comments below!