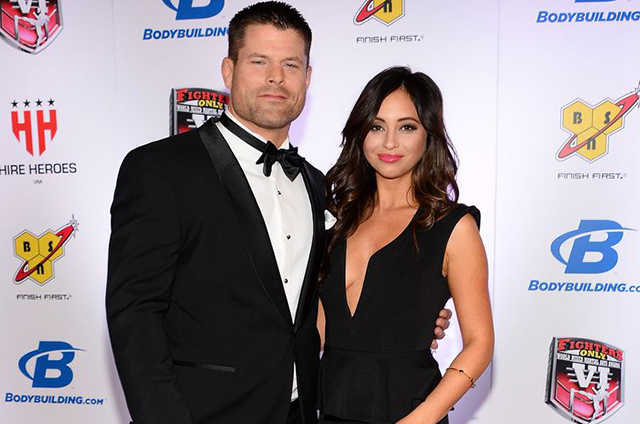 With the 2017 World MMA Awards just days away, Fighters Only® Magazine today announced that MMA great Brian Stann and celebrated actress Nicole Dabeau will host this year’s annual Awards gala. The star duo will take the stage Thursday, March 2nd live from inside The Venetian Theatre at The Venetian® Las Vegas.

“We are elated to have the duo of Brian Stann and Nicole Dabeau back to present the Fighters Only World MMA Awards ceremony for a third time,” said Rob Hewitt, CEO of Fighters Only. “Due to personal reasons they were unavailable to return last year, but it’s exciting to have them back on the stage again for what is shaping up to be another remarkable evening in MMA.”

Stann is a former Ultimate Fighting Championship® (UFC®) athlete, former WEC® Light Heavyweight Champion and also is a Silver Star recipient for his valor as a Marine in the United States Armed Forces. In addition to being an analyst for the FOX Network’s UFC broadcasts, Stann is also President and CEO of Hire Heroes USA, a nonprofit organization that helps U.S. military veterans.

Nicole Dabeau is an American model and actress who graces televisions across the globe with a refreshing mix of whip-smart wit, breezy charm, and down-home spirit. A correspondent for such prestigious shows as Entertainment Tonight, The Insider, she is now the new face of Extra’s Spree cast. Nicole has covered many of the world’s most-watched events—from the Royal Wedding of Prince William and Kate Middleton, to New York Fashion Week to the Sundance Film Festival.

The 2017 Fighters Only World MMA Awards take place live inside the Venetian Theatre on the world famous Las Vegas Strip this Thursday, March 2, and honors all the names and faces that makes the sport of MMA the most exciting live event in the world.

Female Fighter of the Year

Breakthrough Fighter of the Year

International Fighter of the Year

Fight of the Year

Knockout of the Year

Submission of the Year

Comeback of the Year

Upset of the Year

Shawn Tompkins Coach of the Year

Trainer of the Year

Gym of the Year

Referee of the Year

Ringcard Girl of the Year

Personality of the Year

Analyst of the Year

Lookin’ for a Fight

MMA Media Source of the Year

MMA Journalist of the Year

MMA Clothing and Equipment Brand of the Year