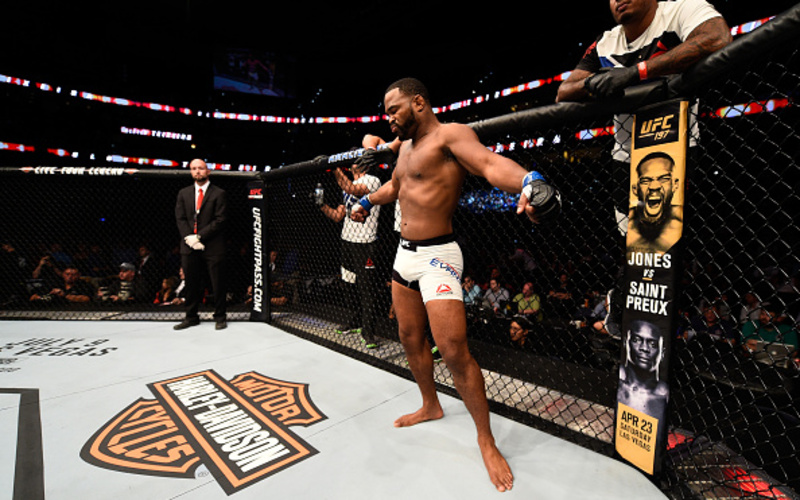 UFC 209 is happening this weekend on March 4, and is highlighted by a pair of title fights. In the main event, Tyron Woodley will once again put his welterweight belt on the line against Stephen Thompson after the pair fought to a majority draw in their first fight at UFC 205. The co-main event will see Khabib Nurmagomedov and Tony Ferguson duke it out for the interim lightweight championship. The winner will presumably draw lightweight champion Conor McGregor.

Naturally, most of the marketing is being geared towards those two fights. As a result, a lot of MMA fans have been talking about the title fights on UFC 209 for the most part. Lost in all of the fanfare for the main and co-main is the rest of the card, where there are some very good bouts on paper. Here are the four best fights that are being overlooked.

Who would have thought that a clash between the No. 3 and No. 8-ranked heavyweight titans would not be given its fair build-up? Veterans Overeem and Hunt will kick things off on the PPV portion of UFC 209. This fight almost assuredly promises powerful, clean punches being landed by both men with a very high possibility that the loser ends up on the canvas. Not to mention, Hunt’s opportunity at revenge is on the line, as Overeem submitted the “Super Samoan” nearly a decade ago in 2008. This will also be Hunt’s first fight since his epic rant in which he tore apart the UFC. You won’t want to miss this one.

Following Overeem vs. Hunt will be a duel of exciting lightweight prospects Vannata and Teymur. “Groovy” Vannata will be making his first Octagon appearance since his 2016 UFC Knockout of the Year over John Makdessi at UFC 206. Vannata is on a quick path to relative stardom. In his UFC debut, Vannata came up short after putting a scare into interim-title challenger and No. 2-ranked lightweight Tony Ferguson. He rebounded from it with his epic knockout over Makdessi. Teymur has two knockouts to his credit in two UFC appearances himself after finishing Martin Svensson and Jason Novelli. There’s all the potential for a fast-paced and action-packed bout with the winner possibly earning a crack at the top-15.

No. 13-ranked Bektic, a bluechip prospect, will meet No. 14-ranked veteran Elkins in a featherweight grind. Bektic, who sports an 11-0 MMA record, is yet to taste defeat in his professional career. Elkins himself has strung together a nice three-fight winning streak, defeating Robert Whiteford, Chas Skelly and Godofredo Pepey. While the odds are high (Bektic is a -620 favorite on 5Dimes), they may be quite off. Elkins is a tough out for anyone, and is arguably Bektic’s toughest test to date. Whoever gets the win in this battle of new guard vs. old guard will come down to whoever embraces the grind more. Fans of grappling should definitely embrace this fight.

This middleweight bout had to be included in the last slot. Evans is the former UFC light heavyweight champion and one of the most popular fighters back in his heyday. He holds wins over the likes of Chuck Liddell, Forrest Griffin, “Rampage” Jackson, Tito Ortiz, Chael Sonnen, Dan Henderson, and current middleweight kingpin, Michael Bisping. It’s a long list, but it speaks for itself. Evans has unfortunately ran into some hardships in the Octagon, dropping his last two bouts to Glover Teixeira and Ryan Bader. Those are also his only two fights since November of 2013. Kelly, on the other hand, has quietly put together a solid 5-1 record in the UFC, including three wins in a row. His biggest wins came in that latest streak, against Steve Montgomery, Antonio Carlos Junior and Chris Camozzi. There are a lot of questions surrounding this bout. Will Evans get back in the win column, or will Kelly build his streak to four victories? How will Evans, who once fought at heavyweight, look in his first middleweight fight? Will Kelly’s judo be enough to get the perpetual underdog the win against a former UFC champ? Fans will have to tune in on Saturday night for the UFC 209 PPV to find out.