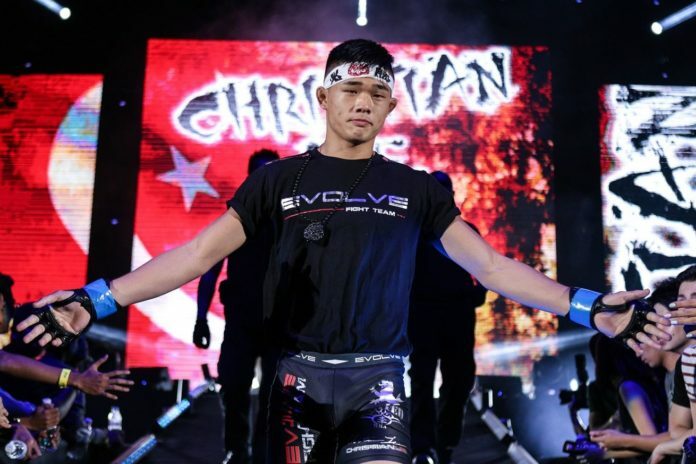 The largest sports media property in Asian history, ONE Championship™ (ONE), has just announced updates to bouts scheduled for ONE: KINGS OF DESTINY. Team Lakay lightweight veteran Honorio “The Rock” Banario will now take on Jaroslav Jartim of Czech Republic as original opponent Rob Lisita has pulled out of the bout due to personal reasons. In addition, top featherweight prospect Christian “The Warrior” Lee of Singapore will now face Wan Jian Ping of China after Lee’s original opponent Keanu Subba suffered an injury during training camp.

Ticket information for ONE: KINGS OF DESTINY is available at www.onefc.com

Team Lakay’s Honorio “The Rock” Banario has long been one of the Philippines’ most respected mixed martial arts veterans. His tremendous cage experience has brought him all over Asia, in many memorable battles against top divisional talent. Among his many skills, Banario’s strength lies in striking, although he has recently exhibited a vastly-improved grappling game. The former ONE Featherweight World Champion, Banario is ready to once again showcase his world-class wushu skills and lightning-quick strikes against Jaroslav Jartim.

Prague-based mixed martial artist Jaroslav Jartim of Czech Republic will make his ONE Championship debut at lightweight this April. Jartim sports a professional MMA record of seven wins and five losses including one draw. Of his seven victories, three have come by submission and three by knockout. The Penta Gym Prague representative is set to make his first appearance inside the ONE Championship cage in Manila against Team Lakay veteran lightweight Honorio Banario.

18-year-old Christian “The Warrior” Lee, younger brother of reigning ONE Women’s Atomweight World Champion “Unstoppable” Angela Lee, began his professional mixed martial arts career on an absolute tear, railing off five straight victories by thrilling finish while only encountering one setback. He has impressed fans with his ability to seek out stoppage wins over top caliber opponents. Known as an unpredictable striker with unorthodox grappling technique, Lee is now set to return to the ONE Championship cage, this time against Wan Jian Ping.

Wan “Werewolf” Jian Ping is a mixed martial artist from China with a 2-1 professional record. Following his promotional debut against countryman Bu Huo You Ga in 2016, Wan makes his return to the ONE Championship cage gunning for victory. The Shanghai-based grappler is well-versed in all forms of combat, from striking to wrestling and will now look to test his skills against rising young featherweight star Christian Lee.