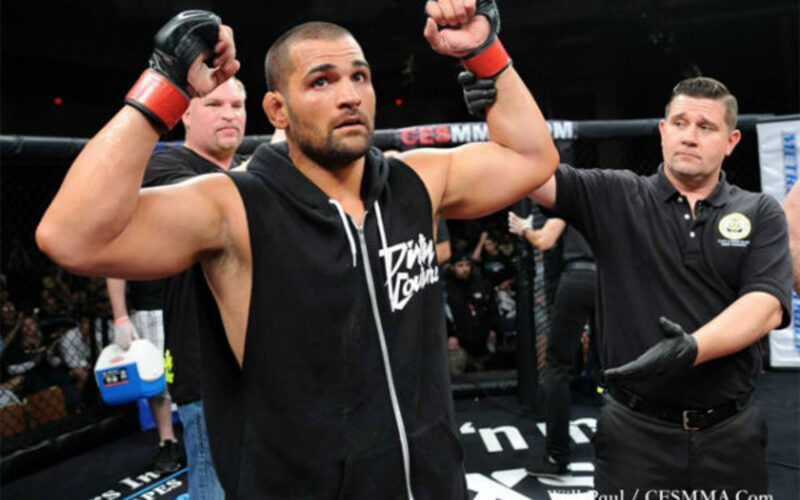 Greg Rebello, 35, will be looking to realize his long-held dream of finally reaching the UFC on July 11 at the inaugural “Dana White’s Tuesday Night Contender Series.”

In May, UFC President Dana White announced an opportunity for potential stars, struggling UFC fighters and veterans on the cusp to make it to the organization, or remain a member of it.

Rebello, a 22-8 heavyweight and member of the unofficial veteran category, has been participating in the sport professionally since 2005. On Tuesday, he’ll be closer than he’s ever been to making the UFC when he battles Azunna Anyanwu.

Considering the fact that Rebello has won title matches in other organizations and made an appearance on Season 11 of The Ultimate Fighter, he is no stranger to pressure. However, the stakes couldn’t be higher ahead of his next bout.

“No question that it’s the biggest bout of my life,” Rebello told MMASucka.com. “At this point in my career, it’s kind of like a do-or-die. It’s like a job interview for the UFC.”

Rebello said that he is unsure is a win guarantees him a spot on the UFC heavyweight roster, but he said he intends to put on an exciting fight that won’t leave any doubt.

“It’s a great match-up for me,” he said. “[Anyanwu’s] a stand-up striker with a lot of power, like me. Any time I get a striker, I feel it’s a good match-up for me. I can strike with anyone.”

His record serves as proof, as 13 of Rebello’s 22 victories have come via T/KO. Rebello credits his success at heavyweight as the primary reason he got the call to White’s Contender Series, as he has gone 7-2 since moving up from light heavyweight at the end of 2013.

Rebello’s won titles, scored knockouts, and secured over 20 professional victories. There are just a couple of more items on his MMA bucket-list.

“I think the goal for anybody is the UFC,” he said. “The only reason I’ve got into this sport is to make it to the top. My goals are to get into the UFC and fight in all the big venues, especially TD Garden [in Boston].”

Rebello will get the opportunity to set himself on the path to making all of that happen in less than one week.