The TUFtermath: E2S26, Lost in Translation 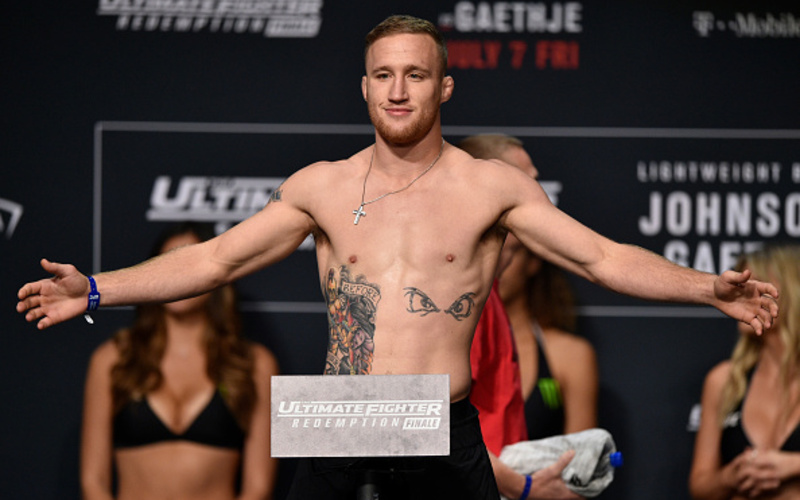 We’re on to the second episode of The Ultimate Fighter 26, and there is already a hint of drama. Long-viewing fighters are starting to think two fights ahead, while others are just trying to make it to their first fight. Coaches Justin Gaethje and Eddie Alvarez each have their own unique challenges to overcome within their teams. This is all happening as the show moves towards its second preliminary bout, DeAnna Bennett vs. Karine Gevorgyan. So, let’s jump into episode two of TUF 26.

#1)  Language Barriers – It was not an easy episode for Justin Gaethje and his charge, Karine Gevorgyan. It wasn’t easy for Karine’s translator, either. Gevorgyan’s limited English skills and need for constant translation assistance made instruction difficult. All parties involved did the best they could, but you’d think somebody would have pulled Gaethje aside and told him to bring an Armenian-American fighter like Manny Gamburian or Karo Parisyan on board to help coach her.

#2) Dissension – One of the downsides of a seeded tournament like the one on TUF 26 is that fighters can get ahead of themselves. The mindset of “I’m gonna have to fight my teammate, I need to prepare for them” has begun infecting Team Alvarez, with Lauren Murphy as patient zero. After she approached Alvarez about working on a takedown intended as a specific weapon to be used against fellow green-teamer Barb Honchak, the former Bellator and UFC lightweight king had to nip it in the bud. After explaining that he will not coach his fighters against each other, “The Underground King” is hoping that this will be the end of it. I have a feeling it won’t be.

#3) “Medic!” – Well, only two episodes in and we have our first bit of injury drama. During a grappling practice session, Team Gaethje member Emily Whitmire screamed out in pain. It appeared to be a rib issue, and with some cajoling from her head coach, Whitmire went to the hospital to get checked out. Luckily for her, it was not a fracture, nor was there any damage to her internal organs. It was a strain of either/or the intercostal muscles or cartilage between the ribs. She was given “day-to-day” status, and will hopefully be given a chance to recover before her preliminary match-up. The injury also led to a gratuitous Meisha Tate appearance. where she went to the house to console her friend. I don’t know about you, but for a retired fighter, the amount of time that Tate spends appearing on TUF had both my wife and I rolling our eyes.

Stock Up – Roxanne Modafferi. I’m not sure there is a fighter in MMA as close to sainthood as Roxanne Modafferi. Not only is she MMA’s embodiment of Positive Mental Attitude, she has now also taken up the task of helping teammate Karine Gevorgyan improve her English. I can’t think of a single person in MMA closer to sainthood. Modafferi is just that good of a person.

When DeAnna Bennett and Karine Gevorgyan stepped into the cage, it looked relatively even. Both fighters were able to land some decent shots, but it was all but over once Bennett hit a takedown. From there, it was like watching a dog maul a chew toy. Bennett was able to pass Gevorgyan’s guard and pound her out for the first round TKO victory.

Post-fight, Coach Gaethje and his team did their best to console the Armenian striker. Gaethje, given his statements in the past, was rather poignant in his words. It was okay to be in tears over a loss, even though losing is a part of the game. For a guy who is best known for being a starting member of the All-Violence Team, Justin Gaethje is surprisingly in-tune emotionally.

Next week, we get Ariel Beck and Montana Stewart throwing down in the cage! Also, Emily Whitmire makes a visit to the UFC Performance Center. Be sure to keep it locked to MMASucka.com for more TUF 26 TUFtermaths, along with other MMA news and opinion.