Sucka Shots for January 7 to 13 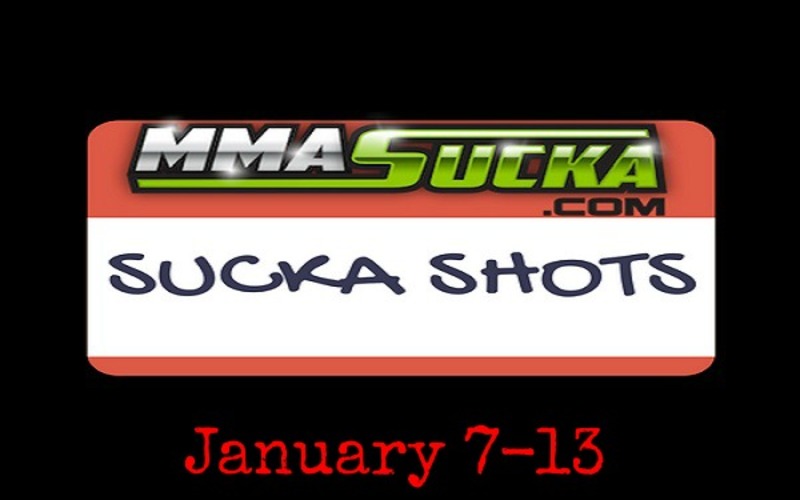 Sucka Shots is back, but in an all new format. What was once a podcast with guests and fight picks, is now a video news show covering the week that was in the sport of MMA. With a sizable helping of analysis, and a dash of sarcasm from Senior Editor Jason Burgos. This edition of the show will look back at the week of January 7 to 13.

Sucka Shots for January 7 to 13

Headlines from this week include John McCarthy joining Bellator as the newest member of their commentary team. On the flip-side of that, former Bellator lead color commentator Jimmy Smith signed with rival promotion the UFC. Both stories were posted by MMASucka founder Jeremy Brand.

With a sizable helping of analysis, and a dash of sarcasm from Senior Editor Jason Burgos.

He then went on to talk about the notable change in the headlining bout for Bellator 192. Spoiler, it won’t be the welterweight title fight between Rory MacDonald and Douglas Lima. Lastly, he aired his grievances with news of Robert Whittaker’s removal from his title fight in Australia. And how the new main event in Perth is now an interim-title bout between Luke Rockhold and Yoel Romero.

The music used on the show is from the artist Psychic Power, and it is the song “Slow Driver.” The track comes via the free music archive.