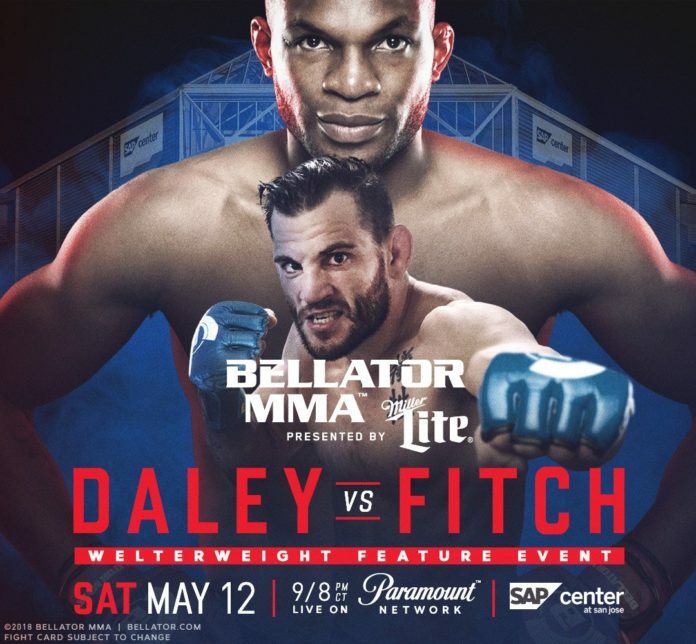 Bellator MMA has announced an intriguing battle of veteran welterweights for Bellator 199 in San Jose, California.

It was announced on Wednesday that Jon Fitch had ended his free-agency to sign with Bellator. Well tonight during the live broadcast of Bellator 195 on Paramount Network, his opponent was announced.

Born in Fort Wayne, Indiana, Jon Fitch (30-7-1, 1NC) will forever be linked to San Jose, California when it comes to MMA as one of the longest-tenured members of the famed American Kickboxing Academy gym.

Fitch enters Bellator MMA having won four-straight, including victories over Yushin Okami and Jake Shields. He was the final welterweight champion in WSOF history, winning the vacant title in mid-2016 by defeating Joao Zeferino and defending against Jake Shields later that year. In June of 2017, Fitch picked up his first finish in a decade when he submitted Brian Foster under the Professional Fighters League banner.

Prior to his run in WSOF, Fitch had an 18-fight run in the UFC. This included a welterweight classic vs. Georges St-Pierre in 2008 for the welterweight championship. Fitch lost via unanimous decision in UFC 87‘s Fight of the Night.

Opposite him will be the heavy-handed Paul “Semtex” Daley (40-15-2) in what will be a prime example of the old-school striker vs. grappler match-up.

Fighting for Bellator exclusively since early-2015, Paul Daley has constantly been on the verge of becoming the promotion’s welterweight champion. Unfortunately, Douglas Lima and Rory MacDonald have stood in the way of that goal.

England’s Daley enters the contest having won seven of his last nine fights, with the only two blemishes being the aforementioned losses to the divisions elite; Rory MacDonald and Douglas Lima. He rebounded from the MacDonald loss emphatically, knocking out Lorenz Larkin at Bellator 183 in September of last year.

Bellator 199 will take place at the SAP Center in San Jose, California on May 12.

The show will be headlined by a heavyweight grand-prix quarter-final between light heavyweight champion Ryan Bader and Muhammed “King Mo” Lawal.