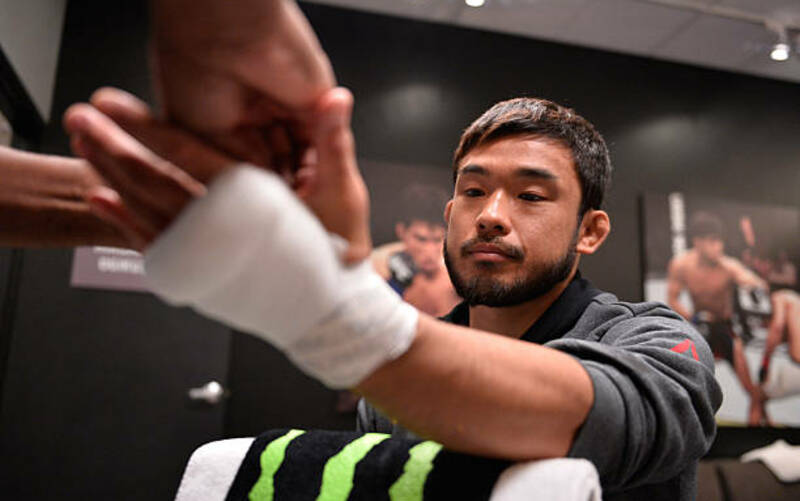 The pair of former opponents appeared in front of media in Japan and answered a plethora of questions. Both had some interesting tidbits regarding the upcoming match-up.

We previously talked about what RIZIN poster boy Kyoji Horiguchi had to say. Now let’s do the same for Shooto title-holder Hiromasa Ogikubo.

Hiromasa Ogikubo (17-3-2) has made a decent name for himself amongst the Western audience, almost exclusively due to his stint on TUF 24.

He made it to the finals during the show, only losing to Tim Elliot in a season that consisted solely of flyweight champions from promotions all around the world. He was seemingly a guaranteed signing for the UFC post-TUF.

But, shockingly, he was one of the few not picked up. Despite him looking better than virtually everyone else other than Elliot, even beating people who did eventually get signed.

Before this, however, he was one of the best flyweights in the world that was not signed to a major promotion. Having held the Mobstyles title, won a VTJ tournament, and is currently in his second reign as Shooto champion.

During Ogikubo’s awesome run on TUF 24, he had many fans rooting for him who were watching the season play out live. One of those fans was none other than Kyoji Horiguchi.

But during this time, Ogikubo never stopped thinking about his last official (non-TUF) loss five years ago.

“It has been five years. But, for those last five years, I have never forgotten about that moment I lost to Kyoji in 2013. Everything I have done in the past, even The Ultimate Fighter, was to hopefully one day avenge my loss to him. I cannot lie, every time Horiguchi fights, I find it hard to not hope for his loss. Just me being honest.”

Since that loss in 2013, Ogikubo has gone on quite the streak. He has won eight-straight, not including The Ultimate Fighter bouts. The loss still irks him today, though. Seemingly very much. As he, the expert grappler, was submitted by Horiguchi, a man known for his striking.

Check out their first fight here.

This bout saw Horiguchi dethrone Ogikubo of his Shooto title. Since then, Ogikubo has won the Shooto title back. This on top of the aforementioned Mobstyles championship win and a VTJ tournament win.

And after being defeated in their first bout, Ogikubo has made it no secret that he intends to exact revenge via the same method.

“Horiguchi is always very calm. He always fights with this calm mentality, and never even changes his facial expression. I hate that. I want to make him panic. I want to expose his frantic face to the world before I make him tap.”

Hiromasa Ogikubo grew up in Kuji, Iwate, Japan, this during the ‘Golden Age’ of Japanese MMA. Including the emergence of the far-too-short-lived titan that was; PRIDE Fighting Championship.

As a fan of the sport, culture, and promotion growing up, Ogikubo is excited to make the next step in his career under the RIZIN banner in what is essentially PRIDE 2.0 in many ways.

“As a fighter, growing up and watching and loving PRIDE during that golden era of Japanese MMA, I am beyond happy to take part in RIZIN. I want to, with the company, help make Japanese MMA great once again.”

“I have grown tremendously in the last five years. I have put plenty of experience under my belt. The time is now. I couldn’t have asked for a greater opportunity to fight on such a big platform.”

A big platform is exactly what Ogikubo gets. He faces longtime rival, and one of RIZIN’s poster boys; Kyoji Horiguchi. Live at the Saitama Super Arena at RIZIN 11 on July 29. 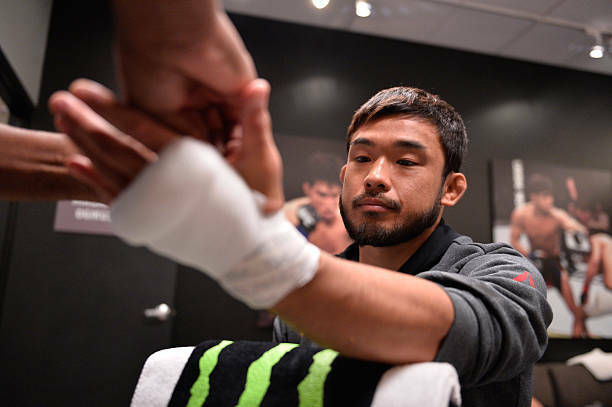